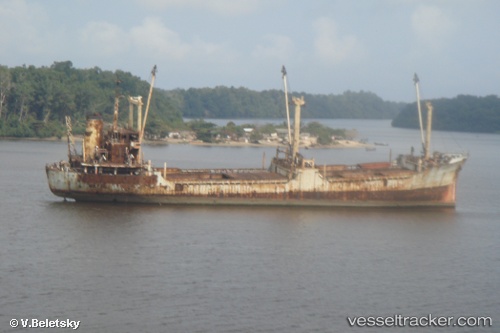 Angola to put $1.5bn port project at DANDE out to tender

The government of Angola has said it is about to launch a tender for the design, construction and operation of the port of Dande, about 30km north of Luanda. The plan to build the port, complete with special economic zone, was put forward in 2011, after it became apparent that the country’s main port at Luanda was nearing peak capacity. Preliminary work was begun and then suspended owing to lack of public funds and a downturn in trade after the collapse of oil prices. It appeared to be revived last year when former president José Eduardo dos Santos approved a budget of $1.5bn, but it was then cancelled by João Lourenço, who took power after elections in September. Source: GCR

Quality journalism requires investment. Please use the link below when sharing this article with others. http://shippingwatch.com/Ports/article8611637.ece#ixzz471akSZJP Do not copy and forward the article. Doing so is violating copyright laws and our subscription conditions: http://shippingwatch.com/service/tos/ A project manager from the Maersk Group's port and terminal unit APM Terminals in Angola was kidnapped a few days ago. He was held captive for four days before he was released. ShippingWatch was informed about the case Monday night. Today, the Maersk Group confirms the following: "Maersk Group can confirm an employee was abducted in Angola and held captive for four days and that he has been released unharmed. The Maersk Group is supporting him and his family with the necessary support in this difficult time. Due to the ongoing investigation by local authorities and the security of our employees, the Maersk Group will not be providing any further details. We kindly ask that this and the privacy of our colleague are respected and protected," Maersk says in a statement. According to ShippingWatch's sources, the case concerns a French employee in joint venture Sogester, Sociedade Gestora de Terminais, S.A, a terminal company owned by Maersk and an Angolan partner. The employee was allegedly kidnapped on Tuesday when he was en route from his home to Sogester's inland terminal in Viana. Sources say the employee was released on Saturday, possible following payment of a ransom, though it has not been able to confirm this. This marks the second time in just a short period of time that Maersk has been the target of criminal activities in West Africa. http://shippingwatch.com/Ports/article8611637.ece

Angola’s two largest ports, at Luanda and Lobito, provide a solid and expansive base for trade, not only for the country itself, but also for its landlocked neighbours. Enormous investment in port facilities and infrastructure have helped boost their capabilities and capacities, as well as reduce waiting times. Now, the ports are being integrated into Angola’s land transport networks Given its deep waters, generous coastline and some of the best roads and railways in sub-Saharan Africa, Angola enjoys several geo-strategic advantages. Keen to capitalise on the country’s favourable positioning, the Angolan government is currently encouraging a series of projects to restore and rehabilitate the country’s large network of ports. When completed, the ports will serve as a critical springboard for increasing the country’s international investment and export opportunities. Over the coming years, the plan is to turn Angola into a transport hub that will benefit domestic producers by allowing them to more easily and cost-effectively import and export goods beyond borders. Critical to this plan are the country’s top two ports: Port of Luanda and Port of Lobito. http://www.hellenicshippingnews.com/investor-led-injection-of-75-million-slices-turnaround-times-in-luandas-port/