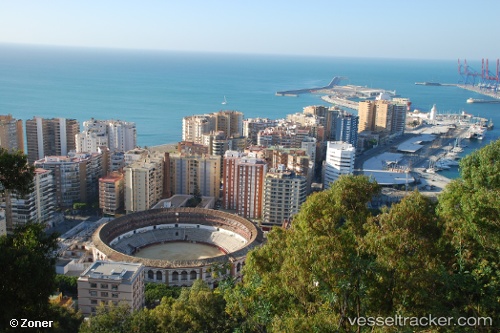 Over 15 tons of hashish found on ship

Spanish police seized 15.7 tons of hashish resin on a merchant ship laden with salt near the southern port of Malaga, the interior ministry said on Wednesday. Three Spanish patrol boats and a helicopter intercepted the ship some 50 nautical miles south of Malaga on Sunday and escorted it to the Mediterranean city's port, the ministry said in a statement. "After unloading most of the salt that it was transporting, a false bottom was found in the bow of the ship, where the traffickers had hidden the drugs in around 500 bales," the statement said. The ship's nine crew members - six Syrians and three Indians - were taken into custody. The operation was carried out in cooperation with French and Italian authorities and was coordinated by European police agency Europol. Spain's proximity to Morocco, the top source of hashish consumed in Europe, have made it the main gateway to the continent for the drug. The biggest haul of hashish in Spain dates to 2013 when 52 tonnes were seized from an industrial warehouse in the southern city of Cordoba.

The Port of Málaga, which has been criticised by the National Ports Authority, has been thrown a lifeline by the central government, which has offered it €1.9m to offset its 2013 deficit. However, the port authority has accumulated debts of nearly €24m. Port authority president, Paulino Plata, the third to hold the post in the last 12 months, recently conceded: “It is true that we are in trouble, but in the coming years I think ... we will be in a much better situation.” The financial mismanagement is linked to Spain's property bubble, which prompted the port authority to try and pay for civil works in the commercial port through leisure and cultural development in the urban area. Both the cruise liner terminal and the deepening of the draft at the container terminal to 14 metres relied heavily on these investments. Source: Port Strategy

Spanish customs agents have intercepted a fishing boat carrying just over 17 tonnes of hashish in the Mediterranean and detained the ship's 14 crew members, all of them Egyptian nationals, AFP reports citing officials. Customs agents boarded the boat some 60 nautical miles off the coast of the Spanish town of Fuengirola on Friday, May 31, 2013 and escorted it to the port of Malaga where they unloaded the drug haul, they said. "The boat we can say is a pirate ship, it had no flag, it was not registered, it had no documents," Abel Gil, the captain of the customs ship that carried out the operation, told Spanish public television. For more information see: http://en.tengrinews.kz/crime/Spain-seizes-17-tonnes-of-hashish-on-boat--19900/