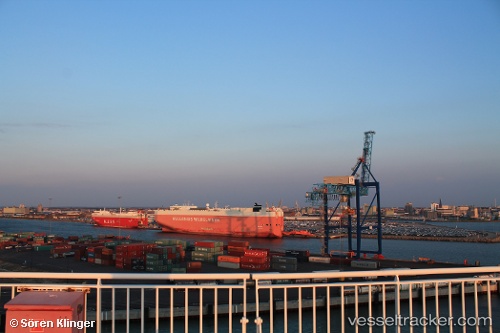 The Swedish Maritime Administration has given Copenhagen Malmö Port (CMP) permission to berth cruise ships longer than 240 metres in Malmö.| The maritime authority has lifted a previous restriction on larger cruise ships following a series of simulated dockings carried out in different weather conditions in Gothenburg, Sweden last year. The tests concluded that the port would be able to manoeuvre visiting ships at a speed of 3 knots and with a side wind of 10 miles per second (m/s), without the assistance of pilot boats. However, the wind restriction set for the ships’ maiden visits is 8 m/s. “The fact that CMP has been given the go-ahead from the Swedish Maritime Administration to receive ships of up to 300 metres creates entirely new conditions for the cruise operation here in Malmö,” said Arnt Moller Pedersen, head of cruise traffic at CMP.

The Prins Bernhard pleasure boat moored by Skeppsbron in Malmö was targeted in a firebomb attack on Tuesday night, the second attack on the vessel this year. Witnesses saw a person throw a fire bomb towards the boat and then run away. The attacker however aimed his throw poorly and the bomb landed on the outside of the ramp leading up to the boat. The firebomb caused a minor fire but otherwise caused little damage. The pleasure boat, a popular venue for parties and events, was closed and empty at the time of the attack. Early on Wednesday morning nobody had yet been detained in the case. Read more at http://www.thelocal.se/36400/20110928/