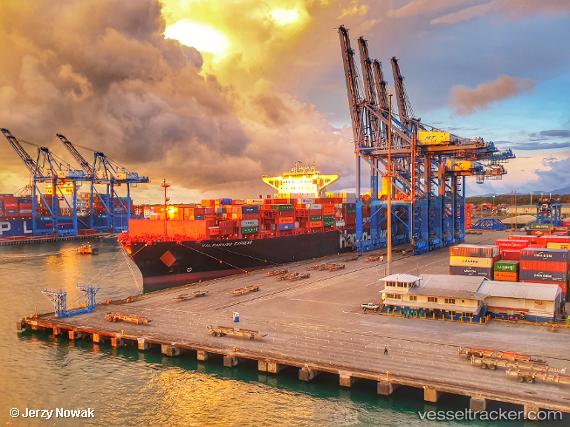 Four new super post-Panamax gantry cranes, the largest in Latin America, arrived in Manzanillo International Terminal (MIT), a subsidiary of SSA Marine, located in the province of Colón. President Juan Carlos Varela, accompanied by the Administrator of the Panama Maritime Authority, Jorge Barakat, Stanley Motta, director of MIT. and port administrative and operational staff, toured the facilities and witnessed the unloading of the new equipment. “MIT is a successful example of private investment in one of the most important economic and logistics and transport components of Panama. The arrival of these cranes and the ongoing expansion of the port are not only important for the province of Colon, but are key to the consolidation of Panama as a logistics hub, especially soon after the entry into operation of the third set of locks” said President Varela. After the commissioning of the four cranes, estimated as of October 2015, a total of 11 post-Panamax cranes and eight super post-Panamax cranes will serve on the 2,000 meters of quay at MIT for container ships. Source: The Bulletin Panama