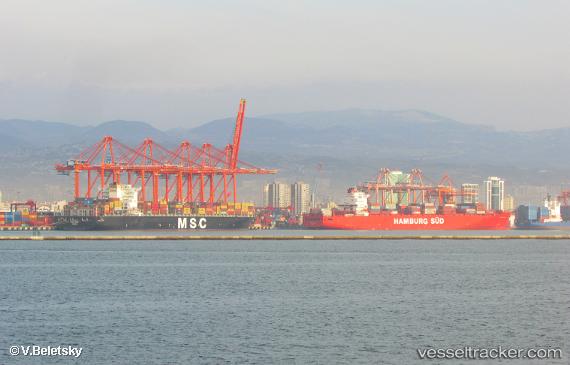 Denmark-headquartered shipping company DFDS is offering a new connection between Sweden and Turkey following its recent acquisition of Turkish company UN Ro-Ro. Through the Sweden – Turkey intermodal connection now in effect, the carrier offers connections from Gothenburg in Sweden to Trieste in Italy, Patras in Greece and Pendik, Ambarli and Mersin in Turkey. By connecting the existing DFDS network in northern Europe with the new routes in southern Europe and the Mediterranean Sea, DFDS is capable of offering transportation of cargo from North to South and back. All routes and terminals in this connection are in DFDS ownership and control. Source: MLP

Turkish transporters are worried about Egypt’s decision not to renew the sea and land transit transportation agreement for roll-on/roll-off (Ro-Ro) ships with Turkey. The existing deal will expire on April 23. Transporters in Turkey’s south have faced mounting problems, particularly after the closing of the Cilvegözü Border Gate between Turkey and Syria, said Yusuf Hatay, the head of private transportation company Hatay Ro-Ro, which was established by 55 transportation firms in the region. As a result, the transportation of Ro-Ro ships from Turkey’s Mersin port to a number of Egypt’s ports became a viable alternative route, in order to bypass conflict-ridden lands to Turkey’s south, Hatay added. Hatay Ro-Ro at first started to make one shipment a week, before doubling the shipments with a 100 percent occupancy rate, he also said. “The sea and land transit transportation deal, which enables companies to transport goods between Turkey and Egypt, and Egypt and Saudi Arabia, will expire on April 23. The Egyptian authorities had earlier announced that they would not renew the deal. This will hit us as well as Turkey’s exports,” Hatay stated. Signed in March 2012, the agreement allows the use of Egyptian seaports for the transport of Turkish foodstuffs, electrical appliances and textile products to markets in the Gulf. http://www.hurriyetdailynews.com/transporters-worried-about-egypts-decision-not-to-renew-ro-ro-deal-with-turkey-.aspx?pageID=238&nID=79015&NewsCatID=344