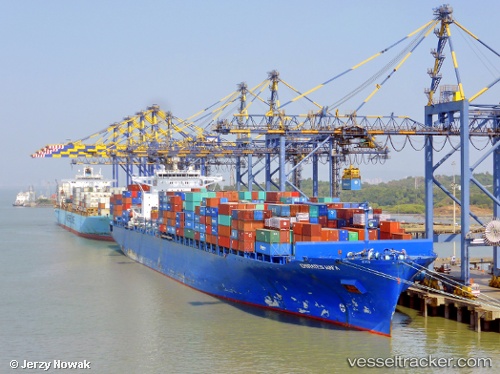 A new berth container terminal, set up by DP World at Jawaharlal Nehru Port Trust (JNPT) at Nhava Sheva near Mumbai, will be operational on July 2. Apart from easing congestion, the terminal will enhance the total container handling capacity at JNPT, India’s biggest container port, to more than 5 million (twenty foot equivalent container units) TEUs, a top official said. The terminal, with a capacity to handle 0.8 million TEU, has come up with an investment of over $200 million (approximately Rs 1,350 crore), and it is located next to the 1.2 million TEU-capacity Nhava Sheva International Container Terminal (NSICT), a DP World operated terminal at JNPT. Source: The Hindu