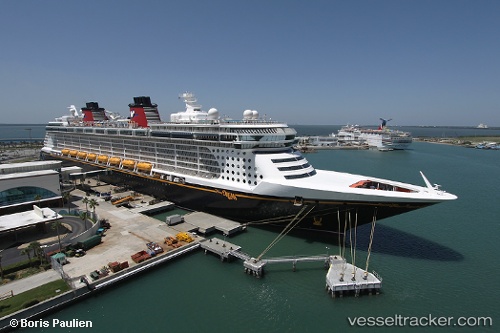 Cruise passenger numbers hit an all-time high at Port Canaveral in Florida, US this year, helping the port to generate more than US$103 million in total revenues for the 2018 financial year. The number of passenger movements at Port Canaveral rose by 7.7% from 2017 to reach 4,568,431 in 2018. The port’s operating revenues for 2018 reached US$101.72 million, an all-time high for multi-day cruise ship passengers at the port. The figures are US$8.44 million above last year’s reported revenues and a 120% jump from 2008.

Carnival Cruise Line, the world’s largest cruise operator, has reached an agreement in principle with the Canaveral Port Authority on a new state-of-the-art terminal able to accommodate its new 180,000-ton ship, the largest ever constructed for the line, set to debut in 2020. The terms of the agreement are expected to be included on the agenda of the Canaveral Port Authority Board of Commissioners’ meeting on Wednesday, Aug. 29, 2018. If approved, the agreement will clear the way for Carnival Cruise Line’s plans to homeport the as-yet-unnamed 5,286-lower berth ship at Port Canaveral, further bolstering the line’s position as the port’s number one cruise operator. The vessel will offer an array of groundbreaking, never-before-seen features and attractions while also being the first North American-based cruise ship to be powered by Liquefied Natural Gas (LNG), part of Carnival Corporation’s “green cruising” design platform.

Port Canaveral in Florida, US has started to demolish its oldest cruise terminal to make way for a new passenger terminal with an upgraded berth for large cruise ships and a parking garage. The demolition of Cruise Terminal 3, which was previously used for single-day cruise calls, is expected to be completed in July 2018 at a cost of US$210,000. It marks the start of a multi-phase, 20-month construction project that will be the largest in the port’s history.