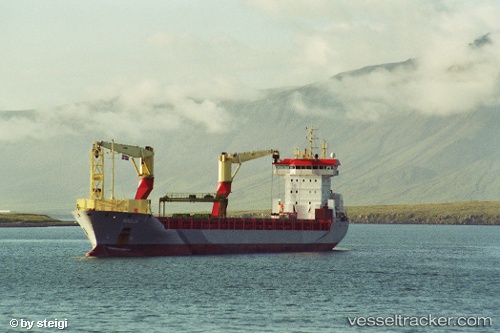 Iceland’s Environment ministry presented this week a report by the Environment Agency on how best to reduce pollution from burning Heavy Fuel Oil, including the full ban option. It is not a report on what Iceland will do, but on what options are available. The Environment Agency estimates that the main gain of a ban on burning HFOs in Icelandic waters will be: better air quality, especially when ships are in harbour; a less risk of a serious pollution due to oil leak; less emissions of (SOx and NOx) and a positive image for Iceland. The costs would entail more expensive fuel and a need for increased monitoring and enforcement by implementing stricter regulation. According to the Agency about 26% of all vessels sailing through Icelandic waters burn HFOs of some kind. The Report accounts for the way in which ECA areas can be established. They account for ECA areas in the Baltic Sea; the North Sea; the coasts of North America and Hawai; Puerto Rica and the Virgin Islands. Establishing an ECA area in Icelandic will require extensive work and will be costly, the Agency concludes. Two other possibilities are mentioned: 1) establishing ECA areas within Fjords, and 2) establish an ECA area within the 12 mile limit. Neither of these alternatives will need IMO clearance, the report says. Source: GSCC

The German company Bremenports has concluded an agreement with Icelandic authorities and the Icelandic engineering company Elfa on a feasibility study of a large, deep-water harbour to facilitate international Arctic shipping and petroleum activity. The harbour is planned to be located in Finnafjörður on the North-eastern point of Iceland. Preparations for construction have started, Robert Howe, Managing Director of Bremenports said at the Arctic Circle 2015 assembly in Reykjavik on Friday. “Safe and sustainable shipping in the Arctic needs concrete projects, this is one of them,” Howe said. Bremenports is investing ISK 450 million (€2.2 million) in the preparations, website Islandsbloggen writes. The port will have three main purposes: a base port for oil and gas operations in the Arctic, a hub port for trans-Arctic shipping, and a service port for both offshore petroleum activity and Arctic shipping. The plans for the port include LNG bunkering facilities and a search and rescue base. http://www.hellenicshippingnews.com/germany-iceland-cooperate-on-new-port-for-transpolar-shipping/