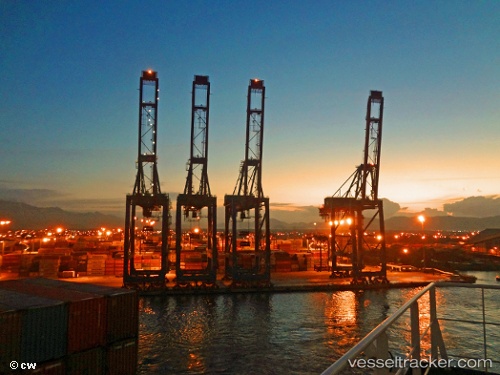 June 12: On Wednesday customs officials at the Port of Santos located 506 kg of cocaine in export cargo destined for Antwerp, Belgium. The cocaine was hidden inside five “pallets”, out of a total of ten, which contained flooring stones (white marble and granite). On four granite and marble pallets, the inner stones (below the third layer) were cut so as to make room for the concealment of the narcotics.

The number of ships waiting to berth at Brazilian ports to load soybeans and its byproducts is currently almost 60 percent larger than in the same period last year, according to data from shipping agency Williams compiled by Reuters. At the same time, the amount of ships that are berthed and currently loading is 42 percent smaller than seen at this time last year. Associations representing soy processors and grain exporters said the situation is caused by slower transportation of grains from producing regions to the ports, mainly due to lack of definition of truck freight prices following a nationwide truckers strike last month. A source at a shipping operator, who asked not to be named because he was not authorized to speak to press, said another cause for the slow loading and large number of ships at bay was still the truckers protests for 11 days in May that paralyzed grain transportation in the country. According to Williams, there were 46 vessels at bay in Brazilian ports waiting to berth and load soybeans, soymeal and other grains. One year ago at the same period, there were only 29 ships at bay.

Brazil truckers yet to resume cargo deliveries at Santos port

Terminal operators at Latin America’s largest port Santos said in a statement on Wednesday that the flow of goods by trucks on the site has not resumed even as a trucker protest against high fuel prices that lasted more than a week began to unwind. Sopesp, which represents operators including sugar trading group Copersucar SA and grain handler Archer Daniels Midland , said truckers are “refusing” to conduct their vehicles to the port’s loading and unloading areas. “Truckers are parked at many points, apparently awaiting orders or better conditions to continue their journeys.” Source: Reuters (Reporting by Ana Mano)