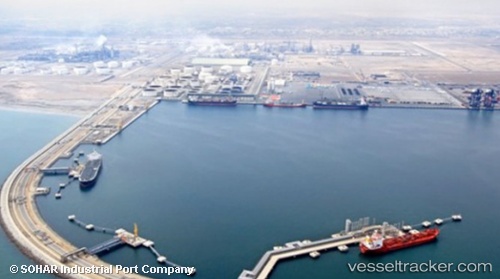 US-based McDermott International has received a contract to provide front-end engineering design (FEED) services for the Sohar LNG Bunkering Project in Oman. The project has an aim of establishing Oman as a regional LNG bunkering hub capable of supplying LNG as a fuel to marine vessels. Under the deal, awarded by Total Oman E&P Development B.V. in partnership with Oman Oil Company S.O.A.C., the scope of work during the FEED phase includes fully defining the onshore mid-scale LNG facilities and preparing a competitive tender for the engineering, procurement, supply, construction and commissioning phase.

In cooperation with Svitzer, Sohar Port and Freezone, recently signed a charter agreement for five new tugboat vessels to replace the existing tugboat fleet and provide 24/7 operational support for vessel movements in and around the rapidly expanding port. The marine service agreement was signed at the annual business reception on January 23, between Dr Mohammed Nasser Ali Al Zaabi, Chairman of the Board at Sohar Port and Freezone, and Henriette Hallberg Thygesen, CEO of Svitzer.

Shipping Routes via Oman Opened to Give Qatar Food Lifeline

(Reuters) – Qatar and container lines have launched new shipping services via Oman in an effort to sidestep a port ban in neighbouring countries and secure a food lifeline after other Gulf states severed ties with Doha last week. Saudi Arabia, the United Arab Emirates and some other Arab countries cut diplomatic, travel and trade ties with Qatar last week, accusing it of supporting Iran and funding Islamist groups, accusations Doha denies. The severing of air, sea and land transport links has closed crucial import routes for Qatar and its population of around 2.7 million people who are dependent on imports for most of their food needs. China’s COSCO Shipping Lines Co Ltd, Taiwan’s Evergreen and Hong Kong Kong’s OOCL have suspended container services to and from Qatar. Qatar Ports Management Company (Mwani) announced on Sunday two new shipping services will each run three times a week between Qatar’s Hamad Port and the Omani ports of Sohar in the north and Salalah in the south. http://gcaptain.com/shipping-routes-via-oman-opened-give-qatar-food-lifeline/