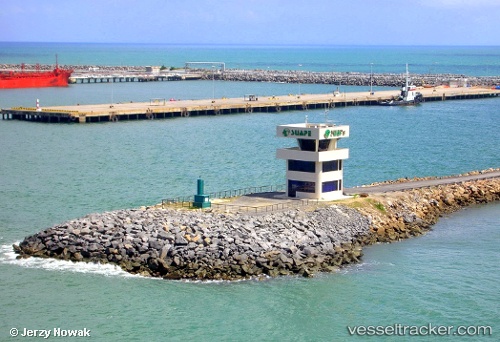 The new sugar terminal at the port of Suape in the state of Pernambuco loaded its first ship on November 18, opening a new export corridor for mills in the Northeast, Reuters reported. Shipping data showed the vessel Jumper contracted by French sugar

Container shipper Maersk Line, a unit of Denmark's A.P. Moller-Maersk, wants to compete in auctions to run port terminals in northern Brazil, if they ever occur, an executive said. Legal hurdles have kept private operators from bidding on new port concessions, a step considered essential to improving the efficiency of South America's largest economy. "There are projects in Suape, near Recife, and in Manaus but the concessions have been delayed," said Peter Gyde, president of Maersk Line in Brazil. "We are interested in participating as a group, but we need the concessions to happen." He told Reuters the northern and northeastern regions have the most potential to grow in Brazil, but that they also have the worst infrastructure. Ports are proving to be one of the most challenging pieces in Brazilian President Dilma Rousseff's $100 billion plan to upgrade infrastructure with private capital. After some initial problems, auctions to operate roads and airports have gained momentum and were hotly contested last year.

APM and Santos bid for new port concessions at Suape

According to terminal operator Santos Brasil, it is studying three possible new concessions in Brazil, two of which will be in the port of Suape and one at Manaus. APM Terminals has also declared its hand and will also bid for the three contracts.