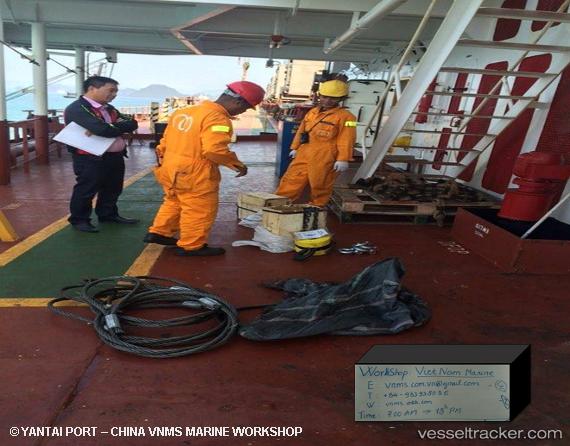 CNOOC builds largest north-chinese LNG transfer terminal in Yantai, to be completed in 2013

Dalian: CNOOC Gas and Power Group, Shandong Yantai Development Area Administration and China Guodian Power Development have jointly signed an agreement yesterday to strengthen partnerships in the LNG sector and gas power generation. According to the agreement, CNOOC Gas and Power Group will invest RMB1.74bn for the first phase of the LNG project in Yantai which includes building a floating LNG transfer terminal with an annual receiving capacity of 1.5m tons, and it is expected to be the largest LNG transfer terminal in North China upon completion in 2013. The second phase of the project will receive an investment of RMB7.9bn and include a LNG terminal with annual receiving capacity of 4.5m tons upon completion in 2017. [SinoShipNews 14/11/12]