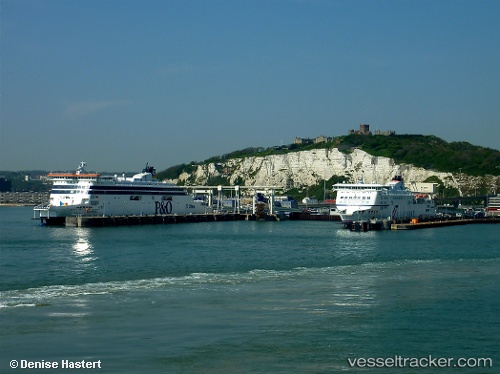 British unions and politicians were on the other end after the country's largest ferry company - P&O Ferries - on March 17, 2022, fired 800 employees without notice, and put security guards to remove the fired from the ferries. In the morning of March 18, the ferries were still not sailing, and according to announcements from the shipping company on Twitter, they will not do so for the rest of the day. DFDS, which competes with P&O Ferries on the route between Dover and Calais, announced on March 17 that they were largely able to transfer the travelers who are currently unable to sail with P&O Ferries. The unions have called for large demonstrations in Dover, Liverpool and Hull on March 18, while the fired crew members are already taking action on the ferries. It was uncertain whether some of the fired were still on board the ferries. Not only the unions that are furious over the dismissals, but also politicians from both major parties condemned in sharp terms the methods used. P&O Ferries, owned by DP World in the United Arab Emirates, in the morning of March 17 ordered all the company's ferries into port, where the crews had to wait for an important announcement from the company. The announcement took the form of a Zoom meeting, where a representative of the management in a recorded feature announced that 800 employees had been fired with immediate effect and that as a result they would have to leave the ferries immediately. The vacancies will be taken over by foreign employees, subject to other agreements. According to the fired crew members, the new crew members were already present in the ports, where they were waiting in buses. Security guards were also waiting at the port. The guards were tasked with removing the fired employees from the ferries. In addition to the affected ferries on the Dover-Calais route, P&O operates ferry routes from Hull to Rotterdam, Liverpool to Dublin and Cairnryan to Larne in Northern Ireland.