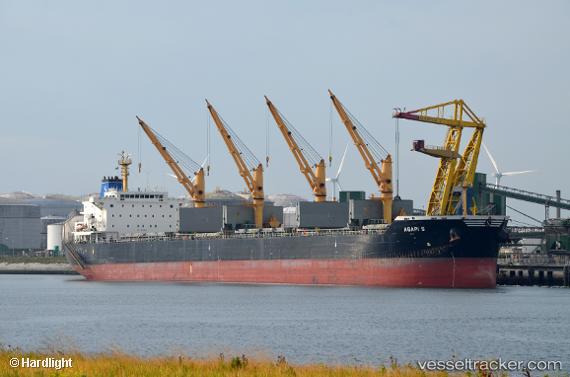 Law suit filed over alleged damages after incident on Mississippi

A vessel owner and operator have filed a suit over alleged damages after an incident on the Mississippi River. The Provence Schiffahrtsgesellchaft mbH & Co. KG and FH Bertling Reederei GmbH filed a complaint on Feb. 10, 2017, in the U.S. District Court for the Middle District of Louisiana against the Agapi S, Bright Navigation Inc., Cooper Consolidated LLC, et al. alleging negligence. According to the complaint, the plaintiffs alleged that in February 2016, the "Solent" was properly moored and anchored in the lower Mississippi River when the "Agapi S" passed at an excessive rate of speed and caused defendants' barges to break loose from their moorings and struck the "Solent" which allegedly sustained significant damages. The plaintiffs holds "Agapi S", Bright Navigation Inc., Cooper Consolidated LLC, et al. responsible because defendant "Agapi S" allegedly negligently operated at an excessive rate of speed in a restricted and foggy condition and traveled to closely to the east bank of the facility. The plaintiffs requested that the vessels be condemned and sold to pay for plaintiffs' damages, interest, and any other general and equitable relief. They are represented by Kevin J. Lavie and Adam N. Davis of Phelps Dunbar LLP in New Orleans.

The "Agapi S" continued its voyage to New Orleans after 19 of 21 crewmembers experiencing symptoms of food poisoning were cleared following a medical evaluation and treatment just off San Juan, Puerto Rico, in the afternoon of Nov 1, 2014. A team of two doctors contracted by the Luis Ayala Colon Inc. Shipping were transported by tug to the "Agapi S" in the afternoon, approximately five nautical miles off shore to assess the medical condition of the ill crewmembers. The "Agapi S" remained offshore and never entered the Port of San Juan while assistance was provided to the crew. The doctors confirmed ill crewmembers were stable and did not require medical attention ashore after suffering from food poisoning. Doctors also reported symptoms for fifteen of the crewmembers to be subsiding, while four others who still displayed symptoms showed signs of improvement after receiving treatment onboard. The "Agapi S" was transiting from Saint Eustatius, Netherland Antilles to New Orleans off the coast of Puerto Rico when the incident took place. Watchstanders in Coast Guard Sector San Juan received notification from the master of the "Agapi S" on Oct 31 at 11 p.m. Friday, when he reported crewmembers began showing signs of food poisoning in the afternoon shortly after consuming fish that had been caught by the crew. Crewmembers who did not consume the fish were reported to not show any symptoms. Coast Guard Watchstanders proceeded to notify Center of Disease Control and Puerto Rico Department of Health authorities of the developing situation, who after assessing the situation concluded the symptoms to be food poisoning.

The U.S. Coast Guard reported on Saturday, Nov. 1, a pair of Puerto Rico-based doctors were transported aboard the 680-foot Liberian-flagged bulk carrier Agapi S via tugboat after 19 of 21 crew members came down with food poisoning. Doctors confirmed ill crewmembers were stable and did not require medical attention ashore after suffering from food poisoning after eating fish caught by the crew. Symptoms for fifteen of the crewmembers are subsiding while four others who still displayed symptoms showed signs of improvement after receiving treatment onboard. The Agapi S was transiting from Saint Eustatius, Netherland Antilles to New Orleans off the coast of Puerto Rico when the crew members became sick. “Balancing the health of the ship’s crew with overall public safety were our primary concerns,” said Cmdr. Kailie Benson, Sector San Juan chief of prevention. “The prompt and thorough coordination between all federal and local authorities and Luis Ayala Colon Shipping allowed for 19 mariners to receive needed assistance and ensure the operational safety of the Agapi S.” In July, a similar situation occurred aboard the JS Comet, a bulk carrier near Port Canaveral when barracuda was served to the crew.