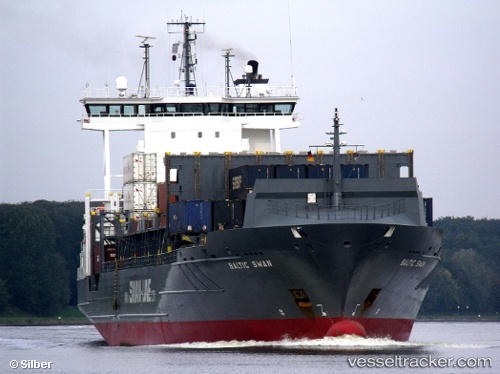 While the damaged lock gate was still being investigated in Kiel, the "Akacia", which had slammed into it on Feb 19, has left the Norderyard in Hamburg on May 23 at 3.30 p.m. after lengthy investigations and repairs of the propulsion, the malfunction of which had caused the accident, and shifted to the warehouse 76/77 in the Ellerholz Port of Hamburg, where she berthed on May 24 at 6.15 a.m. She left Hamburg on May 25 at 11 p.m. and dropped anchor on the Outer Elbe for order. On June 11 she was underway to Bremerhaven and berthed at the Bol' Shaya Turu in St. Petersburg, as first port of call after completion of repairs in Hamburg, on June 14 at 4 p.m. Best regards

Akacia underway from Kiel to Hamburg two weeks after allision

The "Akacia" was being towed to Hamburg on March 7, leaving Kiel at 8.35 a.m., being pulled by the SFK-tugs "Kiel" (IMO: 9405693) and "Stein (IMO: 9241243). The ship had been towed from the Voith Quay to Holtenau roads, turned around and then it was pulled back into the canal for its westbound voyage. Upon the arrival in Hamburg, ETA 11.45 p.m., first the container cargo will be unloaded on March 8 before the damage gets investigated and repaired in a shipyard. The cargo, which was destined for St. Petersburg, will be brought on the way to the East again on other ships. German report with photo: http://www.kn-online.de/Lokales/Nord-Ostsee-Kanal/Arrest-ist-aufgehoben-Schlepper-ziehen-Akacia-nach-Hamburg