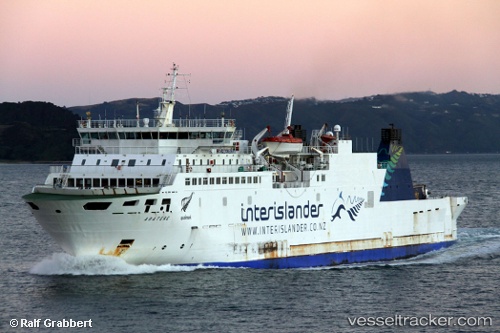 A Transport Accident Investigation Commission (TAIC) report into the causes of an accident which seriously injured an Interislander staff member has found the service did not adequately assess the risk of its operations site. In April 2021, a remote-control operator was caught between two rail wagons on the 'Aratere', after trying to shunt them together. The two wagons were misaligned on the rail deck's track and the staffer had failed to join them remotely. During the final attempt, which led to the injury, the operator moved between the two wagons to open the knuckle of the couplers by hand, but did not move back to the safe zone of the deck before operating the remote again to join them. The TAIC found that the degree of track curvature on the starboard outer track on the Aratere made it difficult to couple wagons positioned on parts of the curve. The commission concluded the risk assessment of the area had not properly considered the difficulty of coupling two wagons which were positioned on a curved part of a track that way. Tasks like that should be designed so it was easy to get the job done safely.

An engine part needed to get the 'Aratere' back sailing at full steam isn't likely to be installed until next year, which means the ferry will continue to run on reduced power, only travel in less severe weather and sail a different course – entering and exiting Queen Charlotte Sound through the northern entrance. The ferry has had problems since it get back from Sydney in September, where it underwent scheduled maintenance. Just a few weeks after the return, a broken part of the engine started causing abnormal vibrations onboard, which has now been taken out of service until a replacement arrives from overseas. The ship carried on its normal routine of two returns per day The part will arrive around about Christmas time and then be installed.

The 'Aratere' has resumed sailing after being side-lined with a mechanical fault with a departure from Wellington in the morning of Nov 2, after being docked for repair works on Oct 30. The fault, which was causing abnormal vibrations, was identified during an inspection before the vessel departed Picton on Oct 30. The vessel sailed back to Wellington as a freight-only sailing on reduced power on Oct 30, and repair works commenced as soon as it had arrived.