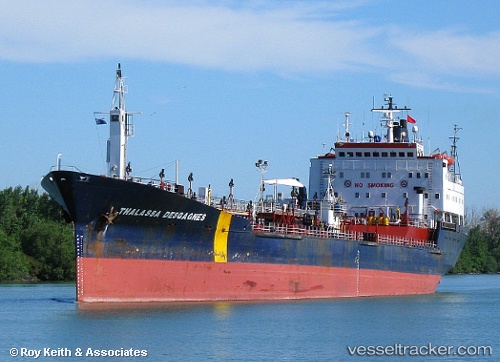 The gunmen who had tried to take control of the 'Asphalt Princess' and sail it to Iran, fled after US and Omani warships arrived at scene. The crew had managed to thwart an attempt by the Iranian gunmen to take control and sabotaged the ship’s engines so that it could not move any further. None of the crew was injured in the hijacking attempt. Hints of what unfolded on the 'Asphalt Princess' on Aug 3 began to emerge with a maritime radio recording, in which a crew member can be heard telling the Emirati Coastguard that five or six armed Iranians had boarded the tanker. “Iranian people are onboard with ammunition. We are… now, drifting. We cannot tell you exact our ETA to (get to) Sohar', the man said. It was not clear whether the crew members, whom he identified as Indian and Indonesian, were in danger at that time. When the Emirati coast guard asks the crew member what the Iranian gunmen were doing onboard, he says he “cannot understand the [Iranians],” his voice muffled, before trying to hand over the radio to someone else. The call then cuts off. The 'Asphalt Princess' was gradually heading toward Iranian waters off the port of Jask early on Aug 3. Hours later it stopped and changed course toward Oman, just before the British navy group declared the hijackers had departed and the vessel was now “safe.”

The British navy reported on Aug 4 that the men who had allegedly hijacked the 'Asphalt Princess' in the Gulf of Oman abandoned the ship and that the crew was safe, although they did not provide further details. The ship had allegedly been hijacked by armed men on Aug 3, as she was heading towards the Strait of Hormuz. It was not clear who were the men who took the ship, but analysts consulted pointed to the Iranian security forces. It was believed that the men who captured the ship were armed, and that they had given directions as to which to direct the ship towards Iran.

Off the coast of the United Arab Emirates, at least four and possibly five tankers have lost control of the rudder on Aug 3, 2021. Military sources reported that one ship has been boarded by Iranian forces or persons affiliated with Iran. The first report came via UKMTO, which relied on a third party. The agency reported an incident involving one ship and did not provide further details about the "non-piracy incident" and the ship involved. It may be a hijacking, UKMTO said in tthe afternoon. At the same time, the 'Golden Brilliant' indicated it was "not under command". UKMTO advised other vessels in the area to be very careful and not to approach. The tankers 'Queen Ematha', 'Jag Pooja' and 'Abyss' got also out of control a little later, and it was assumed that the 'Asphalt Princess' has been boarded by a group of eight or nine gunmen, probably by Iranian troops or persons affiliated with Iran. It would be the fifth ship to run into trouble.