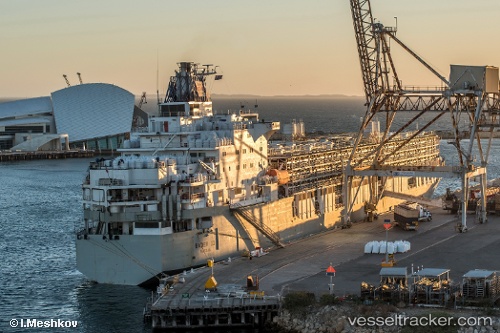 74 seafarers on board the 'Bader III', which has been reported as abandoned

Ip to 74 seafarers were on board the 'Bader III', which has been reported as abandoned since Feb 15, 2022, at Puerto Cabello in Venezuela. According to The International Transport Workers Federation (ITF), most crew were owed two months wages and a number of Pakistanis on board even six months. The 'Bader III' used to be covered by the West of England. The P&I Club, however, informed the ITF in February that this was no longer the case and the ship's Maritime Labour Convention certificate was cancelled at the end of last November. In May 2021, the ITF reported the 'Bader III' as abandoned. However, the case was resolved by July and the seafarers on the vessel received their wages in full.

Three Pakistani crew members of the "Bader III" who jumped over the side of their livestock ship into Fremantle harbour in an apparent asylum bid will be deported. The ship had docked at the multi-user number two berth from Feb 14 to 18, 2017. On Feb 16 the trio jumped over board and swam to DP World's number three berth but could not get through the security gates. The Border Force was engaged and took the men off to detention.

Two animal activists were arrested this morning (October 19, 2012) after they allegedly boarded a live export ship and took graphic pictures of sheep being dumped on to the dock at Fremantle port. Six Animal Rescue Team activists, who had gained access to the Bader III by telling security officials they wanted to carry out an inspection, also took pictures of pregnant sheep being loaded on to the vessel. More at http://au.news.yahoo.com/thewest/a/-/breaking/15163722/activists-arrested-in-live-sheep-protest/