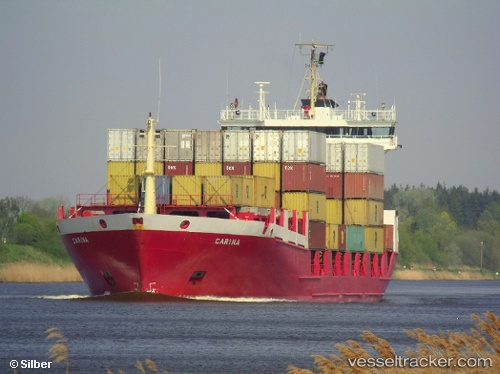 Ship on fire off Vesterålen

The "Corina" was on fire off Vesterålen 60 miles northwest of Værøy on Dec 30, 2015, and radioed a Mayday call at 1.05 p.m. Tugs, the lifeboat "Det Norske Veritas" and a Sea King helicopter were dispatched to the ship. The lifeboat returned to Ballstad after the crew of 11 gained control over the fire one hour later. The fire had started in the engine room. The engine had shut down automatically when the fire broke out. The crew was now checking that everything is in order before they tried to get it running again. The "Corina" was underway from Murmansk to Rotterdam.

The Danish Labour Inspectorate has banned all work in the hold and below deck on the "Corina" which was remaining in Hanstholm after a 67-year-old pole perished on the ship, which was laden with wood pellets. Three other Polish crew members lost consciousness, but were out of danger. The three got nervous, since the 67-year-old man did not turn up after having gone into a room adjacent to the hold of the ship. As they climbed down to look for him, they lost consciousness but were, however, taken to the hospital in time. The inspectors, after examining the ship found that toxic gases from the cargo were the cause of the accident. The air in the cargo hold has to be adequately replaced, so that there is enough oxygen. The lawyers will now assess whether the Polish shipping company, which owns the ship, should be prosecuted for violation of safety rules.

Four Polish crew members of the "Corina" were consciousless in a hold filled with pellets in Hanstholm Harbour during the unloading work on Apr 28, 2015, some time after the ship had arrived from Gdansk. Three crew members had tried to save a lifeless colleague and interpreted the situation as if he had a cardiac arrest. They tried to provide first aid, and then were also affected by the conditions in the hold. Police and emergency services in Hanstholm were alerted at 6.30 p.m. It was reasonable to believe that the toxic gases from cargo caused the accident. The crew member of 67 years age died, while the other three were treated in the hospital in Hjørring in critical condition. A fifth member of the crew had saved himself out of the hold in time. One member of the ambulance and a port guard were also taken to the hospital but were not in danger. Danish report with photo: http://nyhederne.tv2.dk/krimi/2015-04-29-soefolk-besvimede-ville-redde-doeende-kollega