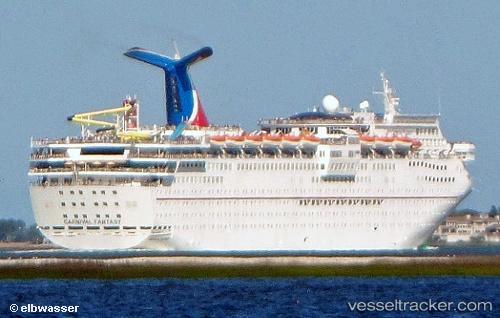 Cruise deilayed due to fog

Due to heavy fog at the port of Mobile, the 'Carnival Fantasy' was unable to depart on Jan 2, 2020. on its scheduled four-day cruise. The ship finally sailed on Jan 3 at 7.15 p.m.

A 22-year old male passenger with special needs has been missing on the 'Carnival Fantasy' since the evening of Dec 15, 2019, and likely went overboard The ship left Mobile, Alabama, on Dec 14 and was sailing to its first stop of Progreso on the five-night cruise when the passenger was reported missing.He was part of a group of nine people traveling with three chaperones. Once at port on Dec 16 in Progreso the Mexican authorities conducted a search of the ship. The U.S. Coast Guard confirmed that the Mexican Navy handled the search. The security team reviewed closed circuit television footage of the ship’s perimeter multiple times. While in port in Progreso, the Mexican Navy provided a search-and-rescue canine to assist in the search, but there was not any conclusive result as to his whereabouts.. The cruise ship continued on its regularly scheduled itinerary arriving in Cozumel on Dec 17. This passenger was the fourth person to go missing on a cruise ship in less than a month. On Dec 14, a 26-year-old passenger went missing from the 'Carnival Victory' and on Dec. 8 and on Nov. 22 passengers went missing too and were never found. In all three cases, the disappearances went undiscovered for several hours, until the ships reacheda port.

In the evening of Sep 20, 2019, the "Carnival Fantasy" allided with a wall of the lock of the Panama Canal. The ship, which was enroute to Puerto Limon, Costa Rica, sustained minimal damage and was expected to undergo repairs in the coming days. There were no reports of injuries. The crew’s immediate focus was to safely complete the transit through the canal before assessing the extent of any damage. At the time of the accident, the cruise ship was not under own power and was being assisted by the Panama Canal train. The damage was limited to areas of Lido Restaurant and Adults only Serenity area located on deck 9 and deck 10 aft with broken glass and handrails. With this part of the ship being damaged, it would not impact the sailing and seaworthiness of the ship. It berthed in Colon at 11.30 p.m. and continued the voyage on Sep 21 at 4 a.m. The ship had left Mobile on Sep 16 to undertake a 10-day cruise with calls at Roatan Island on Sep 23 and Cozumel on Sep 24 before returning to Mobile on Sep 26. Report with photos and video: https://www.cruisehive.com/carnival-fantasy-damaged-while-in-panama-canal-locks/34641 https://www.youtube.com/watch?time_continue=2&v=dU5MAYtLhnA