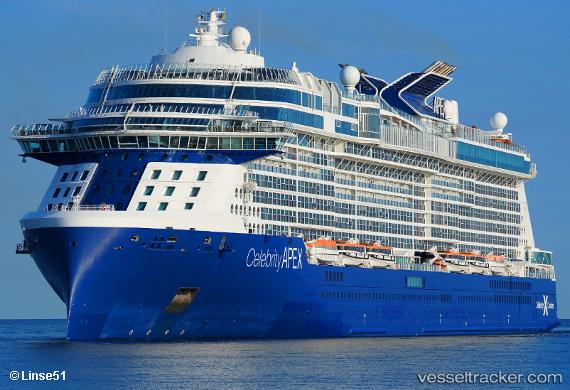 Three Cuban migrants were rescued in the evening of Feb 25, 2022, about 50 miles from Cuba by the crew of the 'Celebrity APEX' from a rustic boat. Guests on the open decks spotted the raft, which prompted the vessel to change direction to be able to head towards the small raft. Due to windy conditions, the sea had been rough. Despite those conditions, the cruise ship could position the small raft on its leeward side. At that point, the three refugees could be picked up safely, while the dingy was seen to be taking on significant amounts of water. The cruise ship was on its way back to Florida at that time. Reports with photos and video: https://adncuba.com/noticias-de-cuba/migracion/crucero-rescata-balseros-cubanos https://www.cruisehive.com/celebrity-cruise-ship-rescues-three-people-from-small-raft/66710