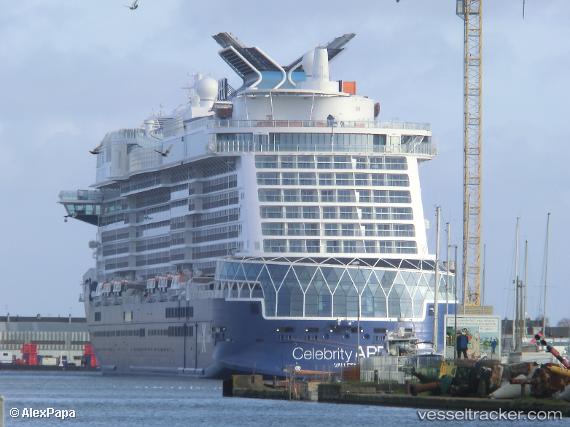 The 'Celebrity Infinity' is currently on its way to the Loire estuary. The ship comes to recover a few hundred crew members who have completed their quarantine on May 21. By the end of March, the first seven cases of COVID-19 had been detected among the more than 1,400 crew members and contractors on board. Ten days later, more than 200 people tested positive, and a few had to be hospitalized. Since then, the shipowner RCCL has gradually repatriated the personnel to their home countries by plane, when possible. There were no more patients on board and the containment order was lifted last week. Just over 500 people were remaining on the 'Celebrity Apex', and about 300 were expected to leave Saint-Nazaire aboard the 'Celebrity Infinity' in the evening of May 21. The ship must dock at the container and general cargo terminal in the middle of the morning and then depart for La Rochelle first. Only the captain and a reduced crew will remain on board.