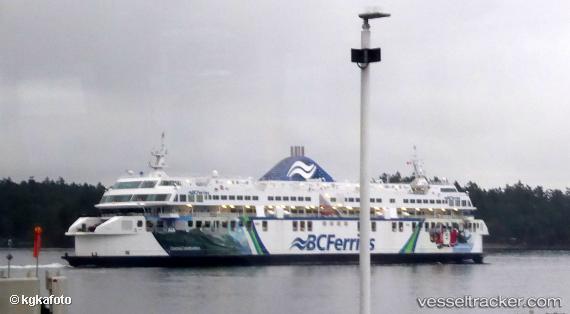 Passengers aboard 'Coastal Celebration' were stuck on the ship for about an hour in the morning of Sep 29, 2021, as a power outage in North Saanich meant ramps at Swartz Bay terminal couldn’t be used. The vessel had to hold in the dock while B.C. Hydro crews restored the power. Crews were on scene as of 11:20 a.m. and had power back up and running by 12:40 p.m. The 'Coastal Celebration' was running about an hour behind schedule as a result of the delay.

One person taken to hospital for mental health assessment, on Aug 18, 2021, after the crew of the 'Coastal Celebration' mistakenly called in a medical incident as an alleged assault to police. Shortly before 4:30 p.m., BC Ferries issued a service announcement saying the ferry was running 40 minutes behind schedule due to a police incident. There was an alleged assault between two passengers. The passengers wouldn’t cooperate with BC Ferries staff when they tried to intervene, so Delta police were called to meet them at the Tsawwassen terminal. Officers quickly determined the alleged assault was in fact a medical incident. No one was injured and there was no risk to the public.