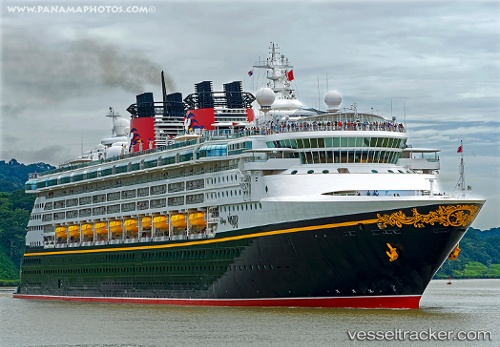 Small fire due to short circuit

A small fire broke out on the 'Disney Wonder' in the night of Nov 23, 2022, due to an electrical short circuit in the speaker system. The fire was on a speaker high up behind the giant Funnel Vision screen. Initially, smoke was rising, then progressively larger flames were visible. The fire was not directly near guests, but the screen and speaker are mounted on the funnel that houses Vibe, the teen club. Firefighters reported to the scene and put out the fire. They closed off the decks around the fire but all areas were back open within a few hours. Report with photos: https://wdwnt.com/2022/11/speaker-on-fire-aboard-disney-wonder-cruise-ship/

A Coast Guard aircrew medevaced a passenger from the 'Disney Wonder' in the evening of April 27, 2022, approximately 180 miles offshore of Grays Harbor, Washington. At 5:21 p.m., Coast Guard Sector Columbia River received a call from the cruise ship. reporting a 71-year-old passenger who appeared to be experiencing uncontrollable internal bleeding. The 13th Coast Guard District Command Center and Sector Columbia River requested that the vessel change course toward Astoria to reduce flying distance. An MH-60 Jayhawk helicopter crew from Sector Columbia River arrived on scene at 9:36 p.m. accompanied by a Life-Flight nurse to assist with the patient. At 10:19 p.m., the aircrew completed the hoist and transported the patient back to Astoria. Around 11:30 p.m., the patient was transferred to a Life-Flight crew for further medical care in Portland.