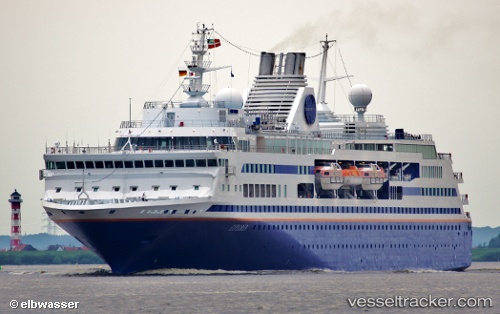 Semester at Sea: On the Market for New Tonnage

With the Explorer heading to Louis Group, Semester at Sea is on the market for a new-to-them cruise vessel for the Fall 2015 semester, according to T. Kenn Gaither, president and CEO of the Institute for Shipboard Education, Cruise Industry News reports. “It is far easier to operate the ship than to own it,” said Gaither. He said the program had planned for this and knew the ship was on the market with the financing bank. Thus, he is looking for replacement tonnage, and said the Institute was working through different models of both bigger and smaller vessels. The Explorer will complete its educational duties with the spring semester, sailing from San Diego in January and disembarking in Southampton on April 29. The program expects to charter and not own its next vessel.

The new Celestyal Cruises‎ brand, formerly Louis Cruises, was launched officially today with a press event in Greece. The big news was the announcement of the Olympic Explorer returning to service for the Greek line, and will join the Celestyal Crystal and Celestyal Olympia in cruise service for 2015.

Whale freed which was caught between cruise ship and quay

On Oct 27 at 11.40 p.m. the Transnet National Ports Authority (TNPA) was alerted by the "Explorer" which was docked at E Berth, Duncan Docks, in the Port of Cape Town, of a whale appearing to be trapped between the quayside and the ship. The TNPA activated the Department of Environmental Affairs Oceans and Coasts and Mike Meyer was sent to investigate. TNPA officials were also dispatched and NSRI and TNPA tug boats were placed on alert. On arrival on the scene Meyer found a juvenile Humpback whale, approximately 8 metres in length and estimated to be about 1 year old, trapped between the ship’s side and the quayside and despite having some space between the ships side and the quayside, and with the whale gradually moving backwards and forwards, it appeared to be too disorientated to move backwards to where the gap between the ship and the quay widened (towards the front of the ship) and continually appeared to wedge itself up against the ship and the quayside where the ship’s side was pressed hard against the quay side. Despite numerous attempts using a pole and torch light to get the whale to move backwards towards a widening gap of open water, the whale remained trapped between the ship and the quay side, unable to turn around and continuing to nudge against the tyre fenders. The whale also displayed damage to its mouth which appeared to be a result of nudging against the tyre fenders. After his efforts to coax the whale backwards towards open water had failed, Meyer requested assistance. NSRI Headquarters, NSRI Table Bay, NSRI Bakoven, a Western Cape Government Health EMS rescue squad, the Police Dive Unit, Harbour Police and the Police Sea Borderline unit were activated. On arrival on-scene it was agreed that the ship would have to be moved aside to make space for a rescue effort and TNPA, together with the ships agent, authorised the operation to move the ship. Two TNPA tugs, the "Merot" and "Pinotage", and a TNPA harbour pilot were dispatched while the ship’s crew was mustered, along with TNPA shore crews, to carry out the task of moving the 24,300 ton, 590 foot ship, into the middle of the harbour to make room for a rescue effort to take place. NSRI Table Bay launched their sea rescue rigid inflatable boat "Rotary Endeavor" and the Sea Borderline Police launched a Police Rigid Inflatable Boat. Under the guidance of Mike Meyer, once the ship had been moved aside, the two RIB's, with NSRI crews and Police Diver moved in to attempt to coax and guide the whale away from the quayside. The whale stubbornly refused to budge despite the best efforts of the rescue crews on the two RIB's, and police diver Douglas Jones volunteered to get into the water and physically push the whale away from the quay wall. Once in the water Jones managed to push the whale away from the edge of the quayside and then both RIB's were used to guide the whale out towards the port exit. Police Diver Jones remained in the water next to the whale and continued to gently push the whale along in conjunction with the two rescue RIB's. Efforts were then begun to re-berth the ship. During the efforts to coax the whale out to sea the whale attempted to return to its original place next to the quay side but remarkably the whale then decided to follow the tug "Merlot", which had by now released her lines to the now docked ship. The juvenile whale, distressed and disorientated, may have mistaken the tug for its mother. The tug was instructed to head out to sea and the whale followed out of the port exit to open waters. The Port of Cape Town and beaches in the Table Bay vicinity will be monitored to see if the whale returns into port or if it beaches along the coastline. The rescue operation was completed on Oct 28 at 04.10 a.m. Report with photos: http://www.nsri.org.za/2013/10/sawdn-assist-whale-in-table-bay-harbour/