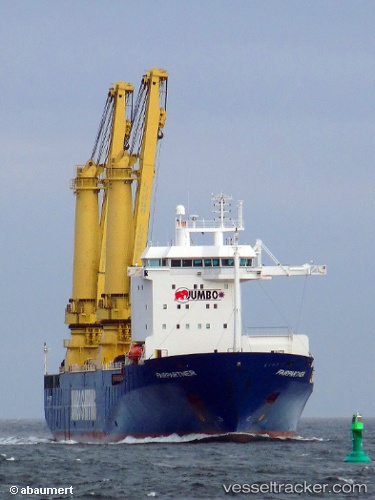 Bertha, Seattle’s new tunnel-boring machine, was stuck in limbo aboard a ship in Seattle’s Elliott Bay Friday, while stakeholders worked out logistical issues of unloading the machine. The issues are rooted in the size and weight of some of the pieces, some of which are nearly 60 feet in diameter and weigh up to 900 tons, said Cameron Williams, president of International Longshore and Warehouse Union, Local 19. “Due to the logistical aspects of where it has to be unloaded, only certain parts of the dock have the structural integrity to handle the pieces,” he said. He said that the union wants to make sure it’s done safely. Read further on http://www.bizjournals.com/seattle/news/2013/04/05/unloading-of-seattle-tunnel-boring.html

The ship carrying the $80 million machine that will dig the SR 99 tunnel beneath downtown Seattle entered Washington waters yesterday April 1. Its two-week journey from the manufacturing plant in Osaka, Japan will end today (April 2, 2013 in Elliott Bay. The Fairpartner started its 5,000 mile journey from Osaka to Seattle on March 19. Because travel times across the Pacific Ocean depend on weather, STP wasn’t able to confirm the ship’s arrival date until today.

Jumbo Shipping has transported 51 monopiles from EEW's manufacturing plant in Rostock, Germany, to Barrow-in-Furness in the UK. The monopiles’ final destination was DONG Energy's Walney Offshore Windfarm 2, PortNews reports. Jumbo's HLV Fairpartner made six consecutive voyages carrying eight monopiles at a time: two in the hold and six on deck. The largest monopile weighed 806 metric tons and measured 68 meters in length and 6.5 meters in diameter. More at http://en.portnews.ru/news/29614/