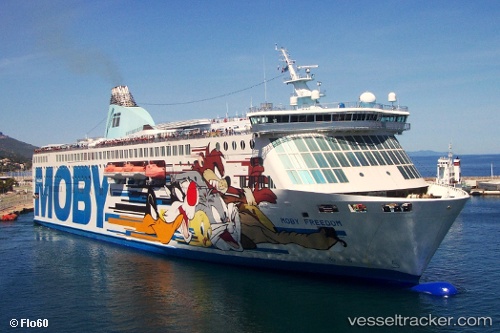 Eckerö Line, serving the Helsinki to Tallinn route with the 2001-built FINLANDIA, has released its passenger statistics for the period January-June and it shows a 15% increase compared to the same period last year, ending at 822,000 passengers.

The Port of Helsinki's new West Terminal 2 became fully operational on the cusp of summer, following the installation of the disembarkation bridge of the Jätkäsaari-side berth on 29 May. The terminal enters full operation in the summer, when Eckerö Line's MS Finlandia starts using it on the Helsinki–Tallinn route from 12 June 2017 onwards. The disembarkation bridge, manufactured by Spanish Adelte Ports & Maritime, was the last missing piece of the new West Terminal 2. The bridge was constructed and tested in Barcelona, after which it was transported by cargo ship directly to Helsinki's West Harbour. After an 11-day sea voyage, the bridge was lifted from the ship directly to its new place on 29 May. The West Harbour's passenger corridors, suspended approximately 14 metres in the air, are fixed structures, with the disembarkation bridges serving as flexible connecting pieces between the corridors and ships. The disembarkation bridges allow the corridors to be adapted to changes in sea level, as well as the fact that the location of ships' doors varies between different ships. The new disembarkation bridge was connected to the terminal's power supply and enters full operation in June, when Eckerö Line's MS Finlandia starts using the new West Terminal 2 on its Helsinki–Tallinn route from 12 June onwards. In addition to Eckerö Line, the new terminal will also be used by Tallink Silja's Megastar and Star. West Terminal 1 will continue to be used by Moby SPL's Anastasia as well as Tallink Silja's Europa. http://en.portnews.ru/news/240493/