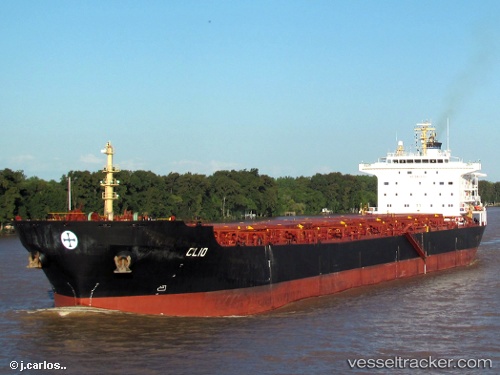 Diana Shipping Inc., a global shipping company specializing in the ownership of dry bulk vessels, has announced that, through a separate wholly-owned subsidiary, it has entered into a time charter contract with Phaethon International Company AG, for one of its Panamax dry bulk vessels, the m/v Clio. The gross charter rate is US$8,550 per day, minus a 5% commission paid to third parties, for a period of minimum thirteen (13) months to maximum sixteen (16) months. The charter is expected to commence on July 3, 2017. The “Clio” is a 73,691 dwt Panamax dry bulk vessel built in 2005.

Rotterdam-based Transgrain has extended its timecharter of one of Diana Shipping’s panamax bulk carriers by a further 11 to 14 months. The extension period for Clio (73,691 dwt, built 2005) was fixed at a gross daily rate of $5,350 per day, minus 5% commission for third parties, commencing on May 5.

Transgrain Shipping (Rotterdam) has taken one of Diana Shipping’s panamax bulk carriers on a nine- to twelve-month timecharter, which has been fixed at a lower rate than its previous employment. The Clio (73,691 dwt, built 2005) was fixed at a gross daily rate of $6,500, minus 5% commission for third parties.