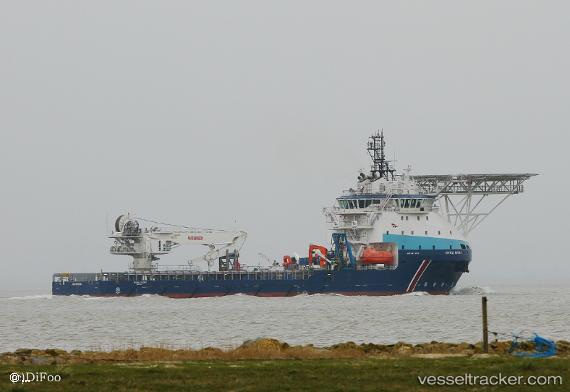 The Port Authority of Aegina was informed in the morning of Jan 4, 2020, that a 30-year-old fcrew member of the 'IEvoili Ivory', which was sailing 0,2 miles northwest of the prefecture of Aegina, needed immediate hospital treatment. A patrol boat immediately medevaced the man and transported him safely to the port of Aegina, where he was picked up by an ambulance and taken to the Aegina Health Center.

Ievoly Ivory raised wreck with hundreds of migrants aboard

On June 29, the "Ievoly Ivory" was raising the wreckage of a boat, believed to have carried at least 700 African migrants, which sank 193 kilometers south of the southern Italian island of Lampedusa on Apr 18, 2015. Naval engineers attached salvage equipment to bring the sunken boat to the surface two days ago. The Italian navy has recovered 169 bodies so far, but hundreds more were believed to be locked below deck. The boat’s portholes, hatches and other openings were sealed to ensure that none of the bodies were lost as it was slowly winched up from the seabed. It was lifted onto a barge which was being towed by the "Ievoli Ivory" to the port of Augusta in Sicily. It will then be lifted onto dry land and covered in a vast, refrigerated tent-like structure, in which forensic experts will begin the task of trying to identify the victims. The structure will be 30 metres long and 10 metres high to accommodate the boat. The operation to recover the corpses from the wreck will be carried out by the national fire service and by personnel from the Italian Red Cross. The bodies will be examined by medical experts from various universities … with the aim of gathering useful information that will enable the corpses to be identified. Reports with photos: http://time.com/4390725/italy-migrant-ship-300-dead/ http://www.voanews.com/content/italian-navy-recovers-migrant-shipwreck/3396751.html http://www.wsj.com/articles/italian-navy-salvages-wreck-of-sunken-migrant-boat-near-libya-1467199473

Salvage work suspended, wreck back on the bottom

The migrant boat which sank in April 2015, taking with it around 700 refugees, is back on bottom of the Mediterranean. The recovery operation was discontinued due to adverse weather conditions, and the engineers decided to reposition the wreck on the bottom and wait for an improvement of the conditions before starting a new attempt. The "Ievoli Ivory" has returnd to Augusta. A new attempt will be made, weather permitting, as early as next week. The fishing vessel was resting at a depth of 370 meters on a sandy bottom 85 miles of the Libyan coast. On May 11 the most complex phase of the operation had starte by attaching the wreck to the recovery module and starting the ascent that was stopped when the boat was about 90 meters from the surface due to the worsening weather conditions and increasing wave heights.