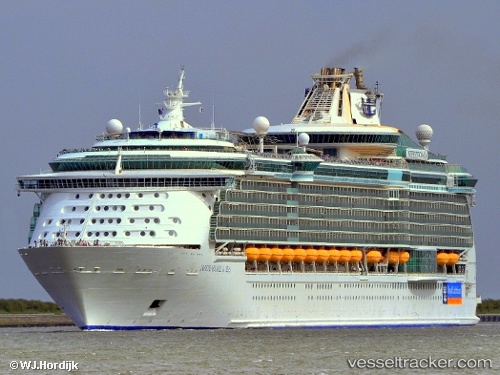 The 'Independence of the Seas' berthed in St. Maaten on July 15 to repatriate her crew, being the second cruise ship in the past week to utilise Port St. Maarten to facilitate repatriating her crew back to their home countries. The repatriation will be carried out according to Port St. Maarten’s “Sterile Port Protocol”, which complies with national public health laws as well as international health regulations issued by the World Health Organization (WHO). The cruise line Royal Caribbean International (RCI) said it has repatriated 95 per cent of its 40,000 crew as of the end of June, and this number will increase to 97 per cent by July 15. The repatriation of crew from ships has been a challenging task due to new public health and travel regulations and restrictions that were imposed at the onset of the COVID-19 pandemic throughout the world. As restrictions are slowly lifted, repatriation of crew was taking place at various ports that can handle such procedures. Port St. Maarten was chosen due to its strategic location in the North-eastern Caribbean as well as its international connections with airports around the world. The country’s infrastructure, such as its homeporting facility and services at Port St. Maarten, make it easy for a cruise ship to have travel documents of crews processed and then taking them directly to the airport to board their international flight.

Medevac off A Coruña

A medevac was carried out by the SAR helicopter Helimer 401 of Salvamento Marítimo 50 miles off A Coruña from the 'Independence of the Seas' in the night of Oct 25, 2019. The cruise ship was enroute from Lisboa to Southampton at that time. After the patient was safely hoisted, he was taken to shore and delivered to an ambulance.

Royal Caribbean announced it has decided to redeploy Independence of the Seas in 2020 from the UK market, and instead keep her in Port Everglades, Florida to offer more cruises to Perfect Day at CocoCay. As a result of the change in homeport, Royal Caribbean has begun informing guests that had cruises booked on Independence of the Seas from Southampton in 2020 that their sailings are canceled.