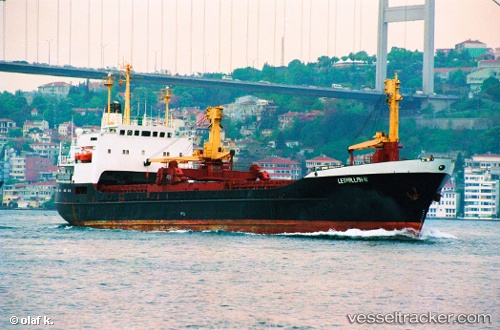 A military prosecutor Judge indicted 21 people, including customs agents and crew members of the Syria-bound "Letfallah II" that was seized in Lebanese territorial waters near Batroun. They were charged with “buying and shipping large quantities of weapons, munitions and explosive supplies from Libya to Lebanon and with forming an evil group … with the intention of carrying out terrorist acts by means of these weapons. The suspects include 13 Syrians (8 of them detained), four Lebanese (three of them detained), two arrested Egyptians, an Indian and an unidientified Libyan. According to unconfirmed reports the impounded ship carried 136 metric tons of arms for the Syrian rebels. The Syrian ambassador to Lebanon Ali Abdel Karim Ali accused Qatar and Saudi Arabia of involvement in the "Letfallah II" case but the Saudi ambassador to Lebanon lashed back at the Syrian envoy.

Ship's crew to be held for questioning

A Military Prosecutor has ordered that the 11-member crew of the “Lutfallah II” to be held for questioning. He requested that the military police question the suspects and determine at which port the arms were loaded and to whom they were to be delivered. The Lebanese Army confirmed weapons on board the ship were confiscated. The statement added that the 11 detained crew members were of various Arab and foreign nationalities.

The Lebanese army on Apr 28, 2012, seized three containers of weapons destined for the Syrian rebels aboard the "Letfallah II". The had boarded the previous day. The load consisted of heavy machine guns, shells, rockets, rocket launchers and explosives. Syrian authorities and sources in the Lebanese security said that the weapons were smuggled from Lebanon in favor of rebels fighting the regime of President Bashar al-Assad. The seized vesselhad stopped at the Egyptian port of Alexandria before being stopped and searched by the Lebanese navy in the port of Selaata, about 50 km from Beirut. The ship had obtained a permit to enter the port of Tripoli. The captain and crew were handed over to military intelligence in Tripoli for interrogation. Three military trucks were ferrying the three containers to Beirut, escorted by eight military jeeps and a helicopter. French reports with photos: http://www.lepoint.fr/monde/syrie-des-armes-saisies-a-bord-du-bateau-intercepte-au-liban-28-04-2012-1456178_24.php http://www.leparisien.fr/international/syrie-des-armes-saisies-a-bord-du-bateau-intercepte-au-liban-28-04-2012-1976125.php