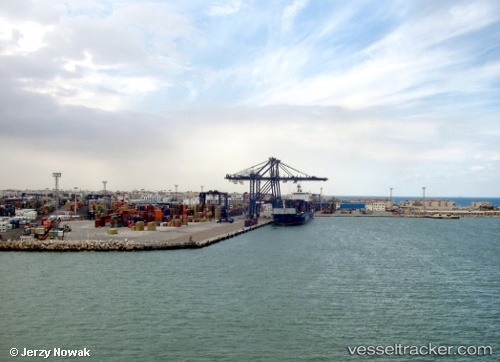 DP World has received approvals to form an alliance with Alexandria Containers & Cargo Handling to bid in a tender to build, operate and deliver the new CT3 berth 100 container terminal at Dekheila Port, Egypt Alexandria Containers’ Board of Directors and Egypt’s Ministry of Transport granted the approvals, but the announcement has been met with criticism from the Egyptian Port Workers’ Union and Alexandria Containers staff. The Egyptian Port Workers’ Union, represented by Egypt’s Minister of Investment and Minister of Transport, is lobbying Alexandria Containers’ Board to reject the foreign partner and uphold the interests of the country.An independent union of Alexandria Containers employees said in a statement the Ministry of Transport had turned against the principle of the protection of national companies, and had imposed a foreign partner without considering the damage on Egypt’s national security and economy.The union is also concerned that there will be redundancies. "It is well known that DP World doesn't get along with Egyptian labour. Three strikes in the Port of Sokhna where caused by it, in addition to the company's firing of employees,” it said in a statement today.“We are confident that President Abdel Fattah al-Sisi will not be allowed to risk the country's economy, as well as we are also sure that the national companies with their local labour have not failed in supplying funds of hundreds of millions annually in the state treasury,” the union said. Source : Gulfshipnews