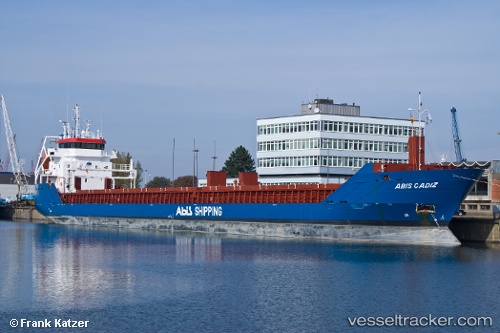 The "Longviking" suffered an engine blackout during manoeuvring, causing damage to the berth No. MKR 13, in the port of Riga on Oct 18, 2018. The vessel sustained minor damages, and there was no limitation for navigation. The vessel was allowed to leave the port after a LoU for 250.000 Euros was issued. The ship arrived in Avedore on Oct 20 at 5.50 p.m.

Abis Shipping fleet up for auction

Dutch auction house BVA has set the end of the month for bids for 12 ships belonging to Dutch project specialist Abis Shipping. The dozen ships were seized on behalf of lead creditor Rabobank. The 12 multipurpose vessels were held at two Dutch ports at the start of the month and will now be auctioned online with the auction house pointing out what a rare opportunity it is to be able to buy 12 very similar in one go. Abis, founded in 2007, has nine other ships which continue to trade at the moment.

A fire broke out in the cargo hold of the "Abis Cadiz", docked at the Htzootbahd warehouses in Haifa, on Aug 7, 2014, during cargo unloading operations in the port. The ship had come with srap metal from Ravenna. Gasses in the hold were inflated. Crew and the dock workers saw thick smoke and performed fire fighting immediately. Five fire fighteing teams fought the fire from a ladder with foam jets. Also a tug with fire fighting equipment and a shore brigade from the Haifa Port were engaged and supported the crews. At noon, after about one hour, the fire was completely extinguished without extension to other cargo holds. There were several damages of the ship’s hull and to the cargo itself. One crew member broke his hand and had to be treated at the Rambam Hospital. After a first inspection it was estimated the vessel kept its seaworthiness. The port authorities started an investigation of the accident and carried out an inspection of the ship. Israelian report with photos and videos: http://www.mako.co.il/news-israel/local/Article-a669e21f200b741004.htm http://reshet.tv/%D7%97%D7%93%D7%A9%D7%95%D7%AA/news/Domestic/internal/Article,158620.aspx http://goo.gl/QAdynJ