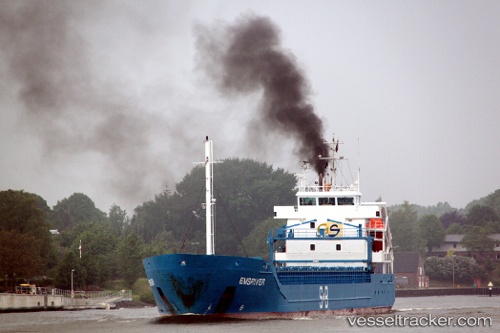 On April 8, 2019, at 12.30 p.m. the "Lunamar" allided with the small southern lock upon its entry in the Kiel Canal. The ship was enroute from Boulogne-sur-Mer to Lulea. The police went on board for investigations, and the ship was detained. Tugs pulled it to the railway station pilngs in the inner port of Brunsbüttel. The ship was released on April 9 and left Brunsbüttel at 9.20 a.m., starting the eastbound transit of the Kiel Canal with an ETA at Lulea as of April 13, 1 p.m.

On Oct 12, 2016, around 1 p.m. the "Auriga" suffered a total blackout and ran into the embankment of the Kiel Canal at Oldenbüttel in the Rendsburg-Eckernförde municipality in spite of an emergeny anchoring manoever. Canal traffic was hampered by the vessel. The "Auriga" was enroute from Brunsbüttel to Tornio. As the ship could not be refloated with pwn means, the tug "Felix" was called from Brunsbüttel to pull the ship off. At 4 p.m. the "Auriga" was floating again and was allowed to continue the voyage to Kiel for surveys. She berthed at the Voith Quay in the Canal Port around 8 p.m. and continued the Eastbound voyage around 4 p.m. Photos: http://www.shipspotting.com/gallery/photo.php?lid=2549709 http://www.shipspotting.com/gallery/photo.php?lid=2549711 http://www.shipspotting.com/gallery/photo.php?lid=2549710

In the early morning of Sep 30. 2015 the eastgoing tank m/v "Kösterberg and the westbound "Grona Aalsum", , enroute from Tornio to Flushing, and the reefer "Prince of Seas", scraped each other in dense fog during the transit of the Kiel Canal at Fischerhütte. The "Kösterberg" thereby was pushed into the embankment, thereby destroying several dolphins. One was sunk completely, another stuck into the fairway at an angle. All ships were able to continue their voyages - the "Grona Aalsum" docked at the railway pilings in Brunsbüttel at 6.15 a.m., the "Prince of Seas" at the navy pilings south in Brunsbüttel at the same time, and the "Kösterberg" continued to Kiel where she berthed at the Bominflot bunker quay at 10.20 a.m. for surveys and investigations. The "Kösterberg" departed at 6.30 p.m. and resumed its voyage from Bremerhaven to Aarhus. The "Grona Aalsum" had already sailed at 3 p.m., while the "Prince of Seas" remained in Brunsbüttel for the time being. Photo: http://forum-schiff.de/phpBB3/viewtopic.php?f=9&t=1377&p=119074#p119074