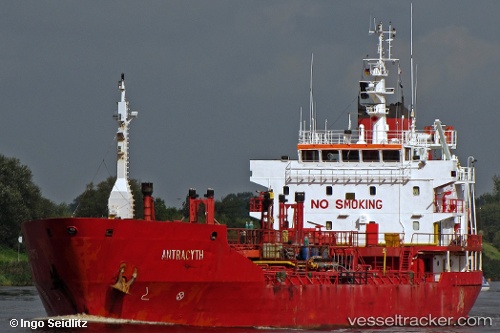 On Mar 7, 2017, at 9.15. a.m. the "Lynn S", which had entered the Northsea after the transit of the Kiel Canal whilst coming from Tallinn, was observed sailed a strange course in the Kadet Trench. The Danish VTS tried to call it repeatedly but without achieving contact with the ship. The ship sailed very close to the buoy W71. The Maritime Assistance Service desired to get in contact with the ship to find out whether the buoy was rammed. A boat of the Gedser Rescue Station was sent to the ship and a buoy layer which was located south of Gedser was deployed to investigate the buoy. After the Maritime Assitance Service finally obtained contact with the ship, the captain advised that they had encountered engine problems and therefore had drifted off course. The captain admitted that he had not communicated this to the Maritime Assitance Service and also regretted that he had not moved into the recommended sailing route. The buoy, however, was not hit and the case was therefore closed for the authorities.

One crew member of the "Antracyth" had to be airlifted at the entrance of the Casquets. The CROSS Jobourg was called on Feb 5, 2013, at 11:30 a.m., after one of the crew members was injured. The ship was bound from Aveiro to Antwerp and was about 25 nautical miles off the coast. An EC-225 helicopter of the Navy Base in Maupertus, proceeded to hoist the injured Polish sailor in spite of wind gusts up to 51 km/h. French report with photos and video: http://www.tendanceouest.com/cherbourg/actualite-48830-evacuation-un-marin-polonais-au-large-des-casquets-.html

On Apr 16 at 6 p.m. the "Antracyth" lost its port side anchor between Cuxhaven and Brunsbüttel during an emergence anchoring after having encountered trouble on the Elbe causing it to run in circles. The anchor could not be recovered when the ship continued its voyage, and it recently arrived at Gdynia with the anchor still missing.