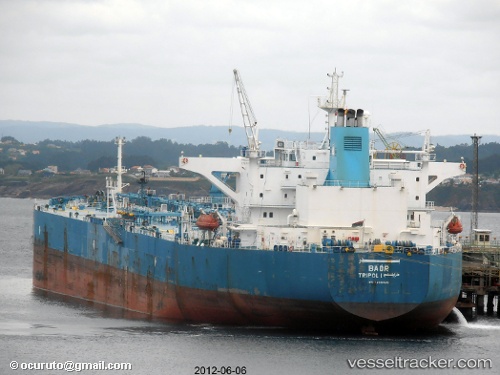 Urgent Statement on the developments of the carrier "BADR" At Burgas anchorage at 14:04 on the afternoon of Friday, 21 December 2018: Armed men (some purporting to be Bulgarian border police) boarded MT BADR – a vessel within the fleet of the General National Maritime Transport Company of Libya. The vessel’s captain and crew were then forced to immediately disembark the ship. No legal documentation, court order or warrant was provided to justify or support this action – the crew were simply ordered from the ship at gunpoint, under threat of violence. The vessel’s communications/ AIS were then immediately cut, meaning that neither the vessel’s owners nor any legitimate authority can now contact or track the whereabouts of the ship. This is not only a criminal act, but also a flagrant violation of all international laws. It is furthermore in direct contravention of a ruling of the Bulgarian Supreme Court, which ordered the Vessel’s release in January of 2018. This order was ignored by the Port Authority of Burgas, meaning that the vessel has since been improperly detained. We, the rightful and legal owners of MT BADR, remain in constant contact with all relevant bodies and maritime organizations – both in Bulgaria and internationally – seeking an immediate halt to this corruption and criminal activity. Issued in Tripoli Saturday Dec 22 National General Maritime Transporting Company (G.N.M.T.C )

On Dec 22, 2018, armed militants boarded the "Badr" which was anchored off Burgas since late November. They identified themselves as law enforcement officers, hit the captain, threatened the crew with arms and took control over the tanker. They said that the crew will be repatriated to Libya, while the tanker will be handed over to the Bulgargeomin Company after some not clarified commercial disputes. The owner of tanker, the Libyan General National Maritime Transport Company, stated a protest and was awaiting official protest from Libyan Government. The crew wastaken ashore, and tanker may be sold.

A vessel detained at Bulgaria’s Port of Burgas since November over an alleged unpaid mortgage has seen its owner face losses of US$20,000 per day with no end in sight to the legal process. Libya-based state-owned General National Maritime Transport Company (GNMTC) denies it owes a US$9.23m mortgage on crude oil carrier Badr to Bulgarian-based oil and gas contractor Bulgargeomin but despite providing evidence the mortgage is falsified the vessel has yet to be released. More at http://www.portstrategy.com/news101/world/europe/fake-mortgage-detained-vessel-losing-millions