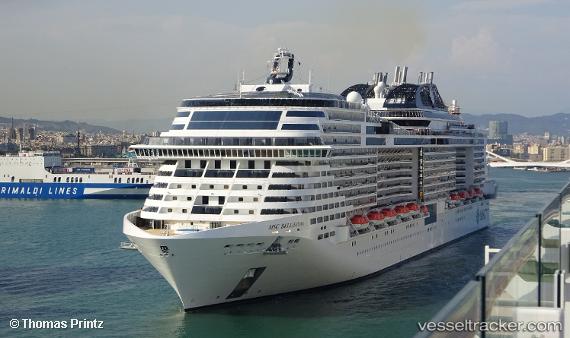 Search for possible person in the water

Salvament Maritimo suspended the search for a passenger who allegedly fell into the water in the port of Barcelona on Oct 30, 2022. The decision was taken due to the lack of evidence that there was really any person missing. The search had started in the morning when the 'MSC Bellissima' issued a warning at 6:30 that there was a person in the water. The ship made the alert just as it was entering the port of Barcelona through the south entrance. Although the Civil Guard reported that it was a passenger, the cameras and sensors of 'MSC Bellissima' did not detect anyone falling into the water. On the cruise, they had not found any passengers/crew members missing. For the search, the Barcelona Maritime Rescue service which activated a speedboat and a helicopter, had been mobilized, as well as a boat from the city's Fire Department, a patrol boat from the Civil Guard, and four boats from practical staff from the port of Barcelona. Members of the Red Cross and Fiscal and Borders Company of the port's Civil Guard also were involved. The operation was coordinated by Salvament Maritimo from Madrid. The Civil Protection confirmed that the self-protection plan of the port of Barcelona had been activated in the alert phase due to the search that had been carried out in the estuary area. The accident did not affect the rest of the operations of the infrastructure. In the search area, the patrol boat of the Provincial Maritime Service of Barcelona's Civil Guard found a life preserver with a light signal that was launched by the 'MSC Bellissima's crew, but not the person who had been being searched for. The alleged victim was seen at ~7:30 a.m. by a crew member of the ship.

On Aug 20, 2022, a helicopter of the Itailan Coast Guard in Decimomannu was depöoyed to medevac a 5-year-old child who was injured on board the 'MSC Bellissima". The ship was sailing 40 miles southwest of Sardinia at that time. The child was hoited and transported to the Cagliari hospital for medical care. Video: https://twitter.com/i/status/1560931557308866560

The 'MSC Bellissima' has been stationary for about a month in the port of Dubai. Aboard were many Italian staff, about 40 according to estimates, who have been waiting for a few weeks to be able to return to Italy. Among them were workers from the province of Bari - Bitonto, Molfetta, Cerignola - and Foggia. Their seasonal contract had expired on April 1. At the moment both the passengers and the remaining crew members were forced to stay in their cabins, because they do not have the green light to disembark of the local authority due to the restrictions related to the coronavirus emergency. The local airport has been closed for a long time. One of the reasons for the situation was the fact that at least one of the crew members was tested positive at Covid-19 after disembarking. As a consequence of this, the MSC management ordered the preventive isolation of a limited number of persons who had potentially come into contact with the infected man, as required by both the company's health protocols and international directives. The return of the Italian seafarers from Dubai was now planned for April 21 after health tests at medical facilities located in the Dubai cruise terminal. The test takes 72 hours to obtain results.