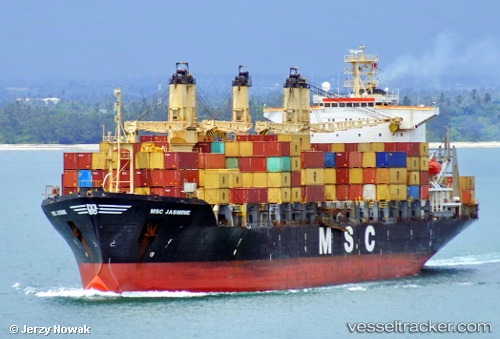 PORT LOUIS: Twelve Somalis who attacked a container ship in the Indian Ocean were sentenced to five years in jail in Mauritius Thursday, a reminder of the region's battle against piracy. The men were accused of firing on the MSC Jasmine, a Panamanian-flagged container ship, in January 2013 before being captured by naval anti-piracy forces and transferred to Mauritius for trial. They were found guilty of sea piracy on July 14, and sentencing them Thursday a judge said the three years they have already served will be taken off their jail time. Foreign navies that capture suspected pirates have handed over hundreds to regional nations including Mauritius, as well as Kenya, Seychelles and Tanzania, though the criminal industry in the Indian Ocean and Gulf of Aden has largely died out. The men, aged between 22 and 47, had been acquitted in November 2014 but prosecutors appealed, and in December last year a new trial was ordered. http://dailytimes.com.pk/world/11-Aug-16/twelve-somalis-sentenced-to-five-years-for-piracy

The European Union’s counter-piracy EU Naval Force has welcomed the conviction earlier today of twelve men after they were found guilty by the Mauritian Court of attempting to carry out an act of piracy against a merchant ship, MSC Jasmine, on 5 January 2013. The successful conviction came after prosecution lawyers in the Republic of Mauritius challenged an earlier court ruling in November 2014 that had found the men not guilty of attacking the Cypriot container ship as it transited south in the Indian Ocean. More to read at http://www.marineinsight.com/shipping-news/eu-naval-force-welcomes-third-successful-conviction-2016-armed-pirates-terrorised-seafarers-off-coast-somalia/

On Jan 5, 2013, the "MSC Jasmine" was attacked by Somalian pirates while enroute Salalah-Mombasa. A pirate skiff headed for the ship on 3 ° N and 51 ° E off Ceeldhere ub tge Galguduud region between Somalia and the Seychelles. Six pirates were aboard the skiff armed with small arms and an RPG rocket launcher. The ship was slightly damaged by bullets in a firefight between the pirates and armed guards on board the freighter. The guards were able to defend the attackers, and the pirates fled. A helicopter of USS "Halyburton" which is involved in the Operation Ocean Shield and a German maritime patrol aircraft P-3 Orion with thermal cameras tracked a skiff and a whaling boat as suspected mother ship on Jan 6 in a distance of about 80 miles from the place where the attack had taken place which was 260 miles offshore. The French frigate "Surcouf (F-70)" - and a British Lynx helicopter - approached the ship at high speed. Boarding teams of the "Surcouf" captured 12 suspected Somali pirates, 2 aboard the skiff and 10 aboard the mother ship. French lawyers are now examining whether there is enough evidence for a prosecution of the hijackers which were interrogated aboard the fregate. French report with photo: http://www.bruxelles2.eu/tag/atalanta