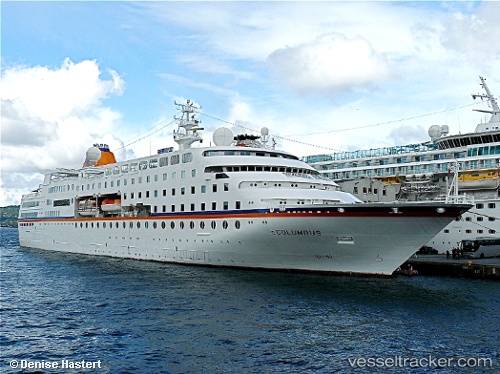 Passengers and crew confined on board after geographical error was realized

When the 'Hamburg', coming from Cape Verde, was authorized to enter the port of Buenos Aires on Nov 26, 2021, it was only 12 hours later that the authorities realized that they made a geographical error: they thought that the country was in Asia and not in Africa from where the Omicron variant of the Covid virus originated, so another protocol should have been applied. The cruise ship berthed at the Benito Quinquela Martín terminal to get the so-called "free talk" granted which implies that both the crew and the passengers can descend to the shore. In this regard, upon realizing the error made, the "free talk" of the ship was withdrawn, ordering the confinement of the passengers and crew on board, who underwent a covid test. The ship finally sailed again on Nov 29 and expected to arrive in Puerto Madryn on Dec 2. The provincial health portfolio indicated that the corresponding protocol will be activated; and in case of having passengers infected with Covid 19, they will not be able to descend at the port of the city of Chubut.

Two boaters lost control of their 6,5-m-yacht during the night of Oct 4, 2021 off Perrosm and launched a distress call while they were north of Perros-Guirec at 12:13 a.m. The CROSS Corsen broadcast a mayday relay, and the 'Hamburg' as well as the fishing vessel 'Nausicaa' diverted. At 1:16 a.m., the 'Hamburg' was able to make initial contact. The boat was unmaneuverable and adrift in bad weather conditions and force 6 winds from south-southwest. A Caiman helicopter of the French Navy base in Lanvéoc-Poulmic and the SNSM-boat of the Île de Batz were mobilized at 2:15 a.m. One of the yacht crew was hoisted and transferred to Brest. He was then transported to the Clermont-Tonnerre army training hospital in Brest. The second crew member, in better physical condition, remained on board the yacht which was towed to the port of Roscoff by the SNSM boat.

The 'Hamburg' has disembarked its passengers on March 15, 2020, in Santa Cruz de Tenerife, the next cruise was cancelled. The ship was no headed to Lisbon where some maintenance is to be undertaken in a yard after its arrival on March 18.