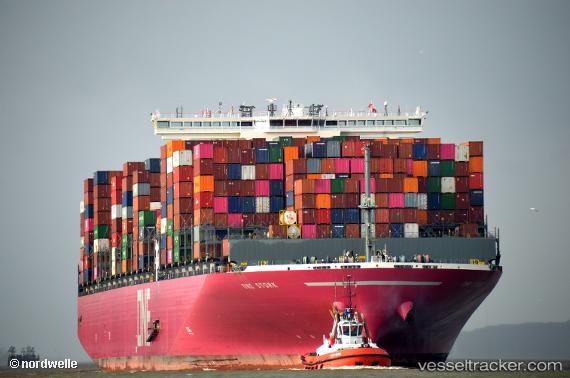 ONE weighs heavy on Japan's 'big three' shipowners in H1, NYK and K Line in the red

Container line joint venture Ocean Network Express (ONE) dragged down all of Japan’s big three shipowners in the first half of FY2018 with both NYK and K Line in the red. NYK reported a recurring loss of JPY9.03bn for the six months ended 30 September 2018 compared to a JPY22bn profit in the same period a year earlier. NYK reported two business segments in the red – container shipping with a JPY18.8bn loss and air cargo with a JPY7.9bn loss for the period. In container shipping NYK noted the start-up of ONE with Mitsui OSK Lines (MOL) and K Line from 1 April this year. “However, immediately after the start of the business, a disruption to the service occurred, causing a drop in loading volumes and slot utilisation. The impact of this resulted in a loss being recorded. In addition, NYK Line incurred significant one-time costs following the termination of the container shipping business mainly in the first quarter,” NYK said.

GCT Bayonne welcomes the ONE Stork

GCT USA is proud to welcome the Ocean Network Express’ (“ONE”) first magenta ship on its first dual call to the most advanced terminal in the Port of New York and New Jersey, GCT Bayonne. Following the merger of NYK Line, Mitsui OSK, and “K” Line on April 1, 2018, ultra large container ship (ULCS) ONE STORK joined the Transport High Efficiency (“THE”) Alliance’s EC4 Asia-North America all-water Suez service on its maiden voyage to the East Coast.

Ocean Network Express (ONE) has announced that it has received ONE Stork, the company’s first magenta-coloured new building containership with a carrying capacity of 14,000 TEU, at Kure Shipyard of Japan Marine United Corporation. The vessel, ONE Stork – sublet-owned by Nippon Yusen Kaisha, has a capacity of 18 rows by 11 tiers in its hold and 20 rows by 9 tiers on its deck in a hull form that allows improved cargo-loading efficiency through minimized engine-room space. It also applies the duel system in its main engine, which is capable to choose two other output ranges of high and low to allow flexible operation and improved fuel-consumption rate, resulting in a significant reduction of carbon dioxide emissions. She will phase in THE Alliance’s Asia to North America (East Coast) EC4 service with its port rotation Kaohsiung, Hong Kong, Yantian, Cai Mep, Singapore, New York, Norfolk, Savannah, Charleston, New York, and Singapore.