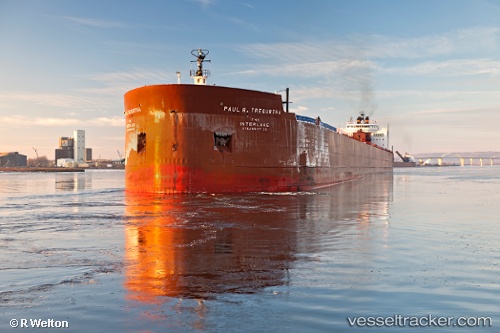 A generator fire broke out aboard the "Paul R. Tregurtha" on June 18, 2018, at 4:20 a.m. The master reported to the US Coast Guard that the fire was extinguished at 5:30 a.m. and stated that there were no injuries or pollution, and all 23 crewmembers had been accounted for. The ship was carrying 68,200 tons of coal, 124,000 gallons of fuel, and 88,000 gallons of caustic soda. The Coast Guard has dispatched resources to monitor the situation and to conduct a Marine Casualty Investigation into the cause of the incident.The bulkcarrier, being enroute from Duluth to St. Clair, was anchored near Point Iroquois, in Whitefish Bay.