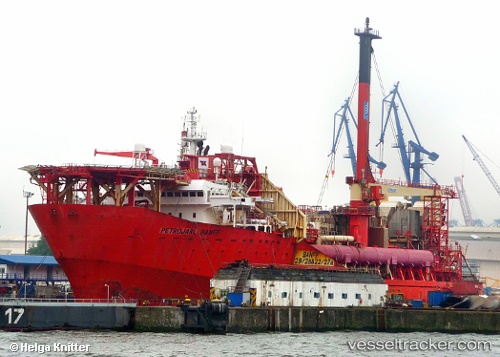 The "Petrojarl Banff" which was moored in the International Banff field has become a victim to bad weather in the UK. The unit, based 190 km east of Aberdeen, saw two of its 10 achor lines lose tension on Jan 3, 2016, around midnight. The 44 staff on board were accounted for. CNR was now looking to establish the exact nature of the situation once both anchor lines have been secured and a visual survey has been completed. The "Petrojarl Banff" remained in position under its own power. As a precaution, all production operations were shut down and CNR was working with all relevant authorities, including the Coastguard. Teekay has mobilized the anchor handling vessel "Normand Ranger", which has arrived on site and was on standby to provide support as required. Teekay has also mobilised two further vessels to provide additional support.

Two linked oil vessels broke their anchors in the Banff oil field in the North Sea off Scotland in a severe gale on Dec 9, 2011. The "Petrojarl Banff", which has 4,400 tonnes of crude oil on board, lost tension in five of its 10 anchors and drifted up to 250 metres. The "Apollo Spirit", with 96,300 tonnes of oil, lost tension in one of its eight anchors but remained secure. There has been no report of pollution at the site, 190 km east of Aberdeen. The "Petrojarl Banff" was later reported stable about 70 metres from its original position. An anchor handling vessel was on site and four others have been mobilised to assist. All 67 crew on board the two vessels have been accounted for. The subsea isolation valves have been closed and secured, the maximum volume of the pipelines from the vessel to the isolation valves is approximately 120 tonnes, this includes the export line between the vessels. The two vessels are operated by Teekay Petrojarl on behalf of the licence holder CNR International.