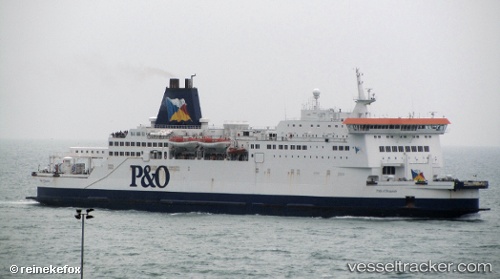 Four P&O ferries are now back afloat after completing major refits at Remontowa Shipyard in Gdansk, with GAC Poland as their agent. The 32,000-ton, 180 metre long Pride of York and 2000 passenger, 650 vehicle Pride of Canterbury were the first to arrive at the yard, in January and February respectively. They were followed by sister ships Pride of Bruges and Pride of Burgundy. Three months after the first ferry arrived, major renovations to all four had been completed and they were back plying their Hull-Zeebrugge and Dover-Calais routes. Work began on preparing car decks and passenger areas as soon as the vessels set off on their two-day voyages to Gdansk. Once in at the shipyard, GAC Poland ensured the smooth and efficient delivery of large volumes of the materials, spare and supplies required for the mammoth project which included pgrading the main engines and generators, blasting and painting the hulls, major changes to the ferries’ infrastructure, as well as modernisation of passenger areas, catering and retail outlets. Cabins were fitted with new lighting, bedding and en-suite bathrooms and improved temperature controls. Superior cabins underwent total refurbishment with new furniture, carpets and curtains. http://www.hellenicshippingnews.com/gac-poland-smoothes-the-way-for-14m-ferry-upgrades/

Crew evacuated after suspicious package was found in trash bin

A suspicious package was discovered in a trash bin on the upper deck of the "Pride of Burgundy" on Nov 16, 2016, at 8.15 a.m. in the port of Calais. A security zone was set up to allow demining operations, which ended at 09.45 a.m. The suspicious package was a metallic cardboard wrapped in tape. There were no passengers aboard at the time of the discovery of the suspect package. The crew was evacuated during the intervention. The operation had no impact on traffic in the port of Calais.