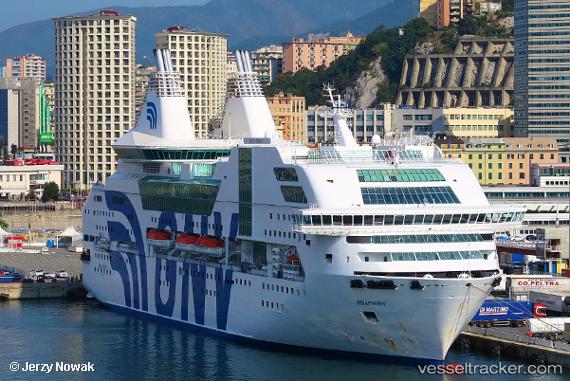 159 migrants dropped off after quarantine

The “Rhapsody”, used for the quarantines of migrants landed on the Italian coast, docked in the morning of Jan 17, 2022, in the port of Gioia Tauro. On board were 159 migrants from various African countries who had arrived in Italy during the recent weeks. As soon as the list with the destinations had arrived from the Ministry of the Interior, the migrants were disembarked and transferred. Staff from the Harbour Master's Office were involved as well as the Immigration Office of the Reggio Calabria Police Headquarters, of the Border Police and of the Commissariat of Gioia Tauro. At 8.50 p.m. the ship left the port again.

At the end of quarantine, 213 migrants have left the “Rhapsody” in Puerto Empedocle on April 19. All migrants of various nationalities, before disembarking, were subjected to a confirmation swab to ascertain the absence of Covid. Immediately afterwards, a large group left by bus, bound to reception facilities located in the regions: Calabria, Puglia, Campania, Lazio, Piedmont and Lombardy, while others were underway to the city of the Temples in search of a means of transport to other destinations. The disembarkation activities were coordinated by the Prefecture of Agrigento and monitored by the state police.

On Nov 23, the "Rhapsody" returned to the quay of the port of Porto Empedocle where it embarked 150 migrants, who will have to observe health surveillance, who had previously been transferred, by ferry, from the hotspot in the district. Report with photo: https://www.agrigentooggi.it/nave-quarantena-imbarca-150-migranti-arrivati-da-lampedusa/