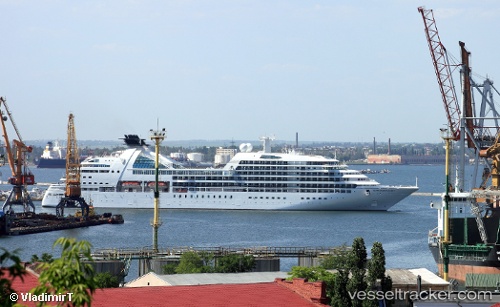 The Seabourn Quest" suffered a problem with its port-side engine, 1,5 miles west-northwest of Saint-Antoine-de-Tilly, Quebec, at 7.50 p.m. on Aug 29, 2018, in position 046 49 03 N, long 071 11 52 W, reported The vessel turned at buoy Q37 and anchored in Saint-Antoine-de-Tilly, to assess the problem. An airlock was found in the cooling system, causing an overheating problem.

Seabourn Quest was forced to leave Antarctica a day early due to a medical emergency requiring an air ambulance, which could not land on the continent. The 450-passenger ship, which is in the middle of its 21-night Ultimate Antarctica and Patagonia itinerary, was rerouted to the South Shetland Islands for the evacuation. Cruise Critic first learned of the incident from Cruise Critic member whystayhome, who said on the forums: "We have been having a wonderful cruise to Antarctica. Unfortunately, there is a medical emergency on board and the ship had to leave the continent last night and return to the South Shetlands for an evacuation." Seabourn issued a statement: "Due to a medical emergency onboard, Seabourn Quest departed Antarctica on January 22, one day earlier than scheduled. The ship is currently making a few updates to the overall itinerary over the next week and will remain on schedule for disembarkation on February 2." http://www.cruisecritic.com/news/news.cfm?ID=7483

Two months after a California woman fell from the "Seabourn Quest" off the coast of Rockport and died, the FBI and the state medical examiner’s office have yet to release a finding of either a cause or the manner of her death with the case remaining an active investigation. Wendy Portman Lewis, a 59-year-old co-owner of a high-end jewelry shop in Palm Desert, Calif., went overboard from the a deck of the ship roughly 10 miles off the coast of Cape Ann on Sep 11. The FBI could not confirm whether the investigation has ruled out foul play. While the FBI is the lead agency on the case — having taken control, as an investigative unit, from the US. Coast Guard within hours after Portman Lewis’s body was brought in to Rockport’s T-Wharf by town harbormasters Rosemary Lesch and Scott Story — other officials are also waiting on the medical examiner’s office. The Rocktown port office holds the death certificate for Lewis. The certificate notes that Portman Lewis’s death, pronounced at 7:55 p.m., was not due to injury. It also indicates that her body was turned over to a family representative to be taken out of state within less than two weeks of her death. The medical examiner’s office confirmed it had worked on the case, that office had not provided a cause or manner of death with the certificate still listing it as pending. The certificate was filed by Casper Funeral and Cremation Service of Boston for disposition of Lewis’s remains out of state on Sep. 16.