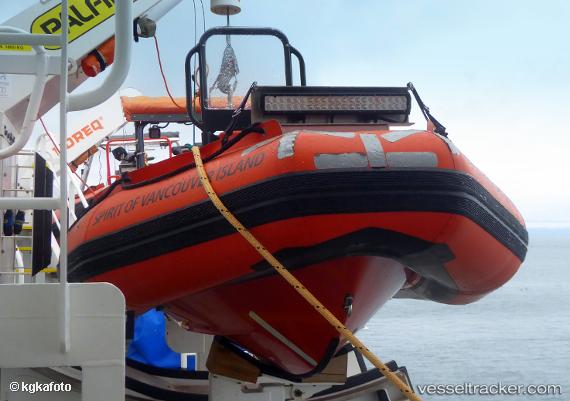 A passenger oof the 'Spirit of Vancouver Island' enroute to Tsawwassen in the morning of April 2, 2021, violated several COVID-19 restrictions and caused a commotion that resulted in the ferry being re-routed back to the Swartz Bay terminal. The incident occurred on-board the 11 a.m. sailing. Staff attempted to deescalate the incident before contacting police and returning to the terminal. The ferry was operating 44 minutes behind schedule. Customers with reservations check-in at the terminals were requested in accordance with the scheduled sailing times to maintain their reserved status. Upon arriving back at the Swartz Bay terminal, Sidney/North Saanich RCMP detained the man and issued several tickets for COVID-19 restriction violations. The passenger was banned from riding with BC Ferries for the rest of the day and transported off-site by police.

An investigation of the allision of the 'Spirit of Vancouver Island' with a dock on April 18, 2020, found the vessel was sailing at speeds higher than recommended and failed to respond when the crew tried to prevent the crash. A Transportation Safety Board report released on Feb 11, 2021, said when the master of the ferry ordered the helmsman to steer hard to avoid the crash, the ferry didn't respond. In the final moments before the crash, the master ordered both anchors released, but neither did and it was later determined an issue with overtightening the anchor brakes may have affected their operation. The report doesn't say why the ship didn't respond to efforts to prevent the hard hit as it came into the Tsawwassen terminal last April, although it says bridge teams must stick to recommended speeds because high speeds can reduce the time to respond to a lack of control. A little more than two minutes before ferry struck its berth, the report says the ship's master continued to approach the terminal "with all machinery components operating satisfactorily," only to see the ferry moving in opposite direction to what was expected moments later. Passengers weren't warned about the impending strike, and two crew members and one passenger reported minor injuries the next day. The safety board said that BC Ferries enacted a number of safety measures after the incident, including updates to the vessel's manual, a re-creation of the incident in a simulator and drills for crew members. The ferry underwent am upgrade" in 2019, including the renewal of propulsion components and installation of new machinery control, navigation, communication and safety evacuation systems.

The 'Spirit of Vancouver Island' allided with the dock at Tsawwassen ferry terminal, resulting in two cancelled departures and a four-hour disembarkment delay for some passengers on April 18, 2020 at 4:30 p.m. Two departures were cancelled that evening, though two were added later the day to help keep goods and traffic moving. Passengers travelling by foot were able to disembark as scheduled. But the main car deck and upper vehicle deck passengers were not unloaded fully until about 8:30 p.m. as temporary repairs had to be made. The crew could not get the ramp down because the metal was sticking up about two feet which had to be cut away. The damage seemed significant. Report with photo: https://bc.ctvnews.ca/bc-ferries-vessel-damaged-after-hitting-dock-in-tsawwassen-1.4902942