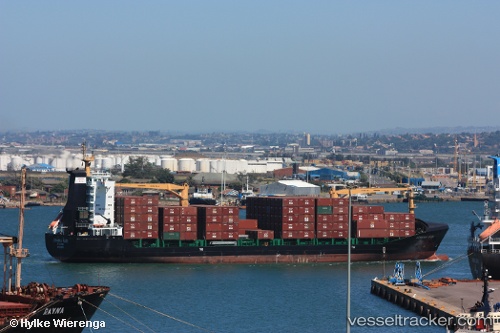 The company Shanghai Salvage was expected to win the contract for the "SSL Kolkata" wreck removal. Shanghai Salvage is negotiating with insurers for the contract to remove the wreck of the stricken containership. The Chinese-led joint venture was the favourite to win the tender. The ship was abandoned by its 22-member crew on June 14 off Sagar Island at the mouth of the Ganges Delta after it caught fire.

The state government in collaboration with Kolkata Port Trust (KoPT) has been able to drain 90 % of the oil from the "SSL Kolkata" that had emerged as a threat to the ecosystem of the Sunderbans after it caught fire in the Bay of Bengal on the night of June 13. The remaining work will be completed within 10 days' time. The oil tanks of the wreck were drilled, and after extraction, the oil was transferred through a pipeline to another vessel that was stationed at a safe distance from the ship. The District Magistrate of South 24-Parganas has been acting as the nodal officer for the entire operation and the district administration had also mobilized people from the adjoining villages who helped employees from the shipping company in emptying the oil barrels. State Chief Secretary Malay De organised meetings time to time with the concerned agencies like KoPT Indian Coast Guard, Indian Airforce and top officials of the Forest department to keep a stock of the progress. Initially, all the stakeholders had laid emphasis on transfer of oil with the threat of spilling looming large. Now, the ship had sunk so deep into the water that it cannot be moved from the spot.The remains of the ship will gradually sink into the water. This will result in water pollution but the effect will be much less than the oil spill.

Draining of fuel can start

Almost two months after the "SSL Kolkata" ran aground after a fire and broke up, a salvage team can start emptying the ship's fuel tanks in the coming days. Among other things, bad weather in the monsoon season has hampered the operation, but now it is possible to get the team on board the wreck which has sunk three to four meters down into the muddy seabed since it ran aground. It has subsequently been found that some of the containers on board contained magnesium which exploded after contact with water. There were 210 tons of bunkers on board. Including the fuel for the generator and other fuels, the combined oil amount was close to 400 tonnes, which will now be drained. The ship has four tanks. The equipment that will drain out the fuel has been fitted to the vessel around two metres under the water surface. The salvors will start sucking out the fuel on Aug 11. Weather permitting, the entire fuel can be taken out in a week by the "Smit Borneo", that has come from Singapore. The Coastguard, which was monitoring did not observe an oil spill yet, though most of the vessel was under water during high tide. The salvage vessel took around 20 days to reach the "SSL Kolkata" 19 kilometers from the Sunderbans coast. A region spanning 10 to 15 miles around the affected had not been surveyed so it took some time to reach the vessel. Besides the crane barge also the tugs "Lewek Harrier" (IMO-No.: 9359167) and "Sea Bison" (IMO-No.: 9345518) were involved in the operation in the Bay of Bengal. Report with photos: https://www.telegraphindia.com/calcutta/oil-mission-for-sinking-ship-251295