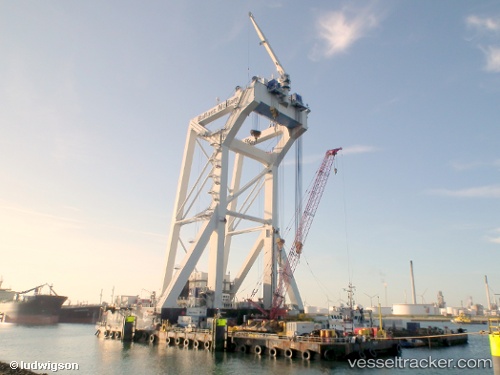 Van Oord’s heavy lift installation vessel Svanen successfully completed the last of the 32 foundations at Dong Energy’s Burbo Bank Extension project. With a total of 32 Vestas wind turbines of 8 MW each to be installed, the offshore wind farm will have a total capacity of 258 MW. The offshore wind farm will provide electricity to 230,000 homes and is expected to be operational early 2017, the company said in its press release. Van Oord was responsible for the installation of the foundations, supply and installation of the scour protection and provided the logistics of the foundations between the fabrication ports in Germany, Denmark, the United Kingdom and the offshore wind farm. The Burbo Bank Extension project is located 8 km off the coast in Liverpool Bay, United Kingdom.

Ballast Nedam issued a safety alert in response to accident

Ballast Nedam has issued a safety alert in response to the accident in which a worker on the "Svanen" was critically injured at WPD's 288MW Butendiek offshore wind farm on July 6. The notice highlights diminished perception of high risk activities after they have been performed a considerable number of times and recommends mitigation measures. The first was enhanced involvement of superintendent, lifting supervisor, riggers and HSE professionals in assessing the process and risks during (a) project. The second was renewed emphasis on distribution of tasks and responsibilities, specifically when high risk activities are performed simultaneously. This should be communicated and registered during the start work meeting per shift. Safey measures outlined in the notice were already being implemented at Eon's 288MW Amrumbank West offshore wind farm, where the "Svanen" was deployed to install monopiles. The Danish man injured in the accident needed further surgery and his recovery will take a considerable amount of time. He spent six weeks in hospital following the incident, which was blamed on an emergency towing line getting stuck under the "Svanen". Investigations determined that this created a cascade of events that resulted in a snapped wire which then hit the crewman. Ballast Nedam set up a joint accident investigation team with WPD and the victim’s employer, Apro Wind, which was supervised by an independent company. After the root cause had been identified and mitigating measures had been taken, the "Svanen" had recommenced monopile installation works on July 11.

Medevac after accident off Sylt

In the early morning of July 7, 2014, the lifeboat "Pidder Lüng" of the DGzRS statin Liust/Sylt medevaced a worker from the "Svanen" in the wind farm Butendiek about 19 miles west of Sylt and took him to List for further treatment. He had been severely injured in an accident and needed urgent medical care. Due to a thunder storm no helicopter could be sent, so the lifeboat attended with a medical on board. At 2.45 a.m. the 60 year old man was transferred onto the lifeboat and could be stabilized during the Transfer to List, where a helicopter was now available after the thunderstorm had ceased. He was taken to the Hospital in Heide. German report with photos: http://www.seenotretter.de/presse/pressemitteilungen-im-detail/article/lister-seenotretter-holen-schwer-verletzten-offshore-arbeiter-von-einem-errichterschiff.html