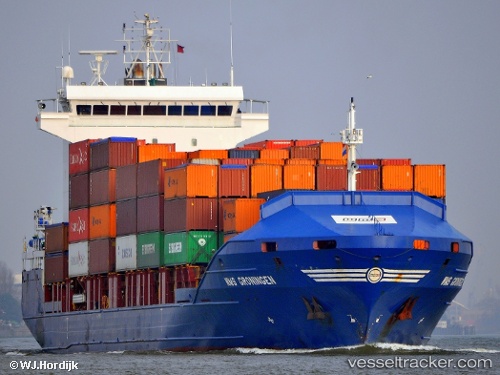 Container ship in danger of running aground

After its departure from Frederikshavn on Nov 18, 2011, the "Groningen" enroute to Larvik suffered engine failure. The "Askerbæringen," which is based in Larvik, was called in the night of Nov 19, when the engine of the ship which was underway to Larvik via Langesund to pick up a pilot,stopped off Tjøme. The "Askerbæringen" rushed to the scene and found the ship drifting onto the coast of Færder. When the lifeboat arrived , the "Grooningen" was only 400 meters from Tristein, but had managed to get the anchor dwon. At this point, also the tug "Balder", the lifeboat "Simrad Færder" and the Coast Guard ship "Nornen" were alerted. A Sea King helicopter was also on red alert at Rygge. Wind in the area was 10-12 m / s with waves up to 2 meters. Finally the crew got the engine running again while the "Balder" remained on standby. Norwegian report with photo and video: http://www.redningsselskapet.no/Forside/Gikk+nesten+galt.141146.cms