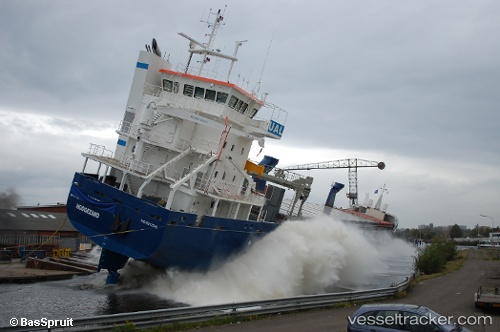 LAGOS, July 14 (Xinhua) -- Nigeria's naval forces successfully foiled an attempted hijack of a merchant vessel, MV UAL HOUSTON, around Bonny Fairway Buoy in southern oil rich Rivers State, an official said Friday. Spokesperson for the Nigerian Navy Capt. Suleman Dahun told Xinhua on Friday in Abuja, the country's capital city that the incident occurred on Thursday. He said six suspected sea robbers boarded the vessel but were unable to access the ship' s living quarters, bridge or machinery room as the ship was on lock down by the crew. "On sighting the naval patrol boat, the robbers abandoned their hijack plot and fled," Dahun said. He said preliminary investigation revealed that no crew member was abducted nor any item was stolen during the attack.

The UAL Houston" was attacked and boarded by six pirates on July 13 at 0745 a.m. in position 04 07N 007 00E near Port Harcourt. The crew locked themselves inside the superstructure so that the pirates failed to capture anyone and failed to break into the living quarters. They then fled the vessel, leaving the crew safe and sound, and nothing was stolen.

A ship-to-ship (STS) operation took place in Walvis Bay on Sunday. It was the first of its kind for Namibia in the oil and gas industry. Transferring oil and gas-related cargoes from a ship to a land-based terminal is already considered a major operation in its own right, but ship-to-ship (STS) transfers are considered even more complicated. Universal Africa Lines (UAL), a niche break bulk carrier servicing the oil and gas industry, recently undertook such an operation just off Walvis Bay when 53 riser pipers weighing approximately 22 tonnes each, and measuring 24 metres long and 1,3 metres wide and high were transferred from one vessel to another. The cargo was moved from the drill ship ENSCO DS-7 to the newly-built UAL Houston and transported to Lobito, Angola for refurbishment. - See more at: http://www.namibian.com.na/indexx.php?id=5486&page_type=story_detail&category_id=1#sthash.pGtqFbq9.dpuf